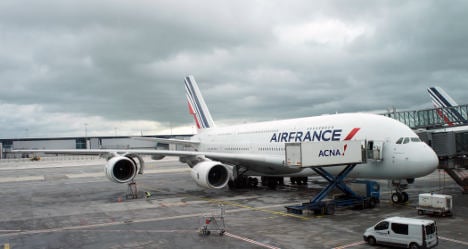 File photo of an Air France A380 at Charles de Gaulle airport in Paris. Photo: mariordo59/Flickr

Union representatives said new proposals to deregulate the civil aviation sector were set to undermine working conditions in Europe, as well as putting passengers at risk.

Civil aviation trade unions CGT, CFDT, UNSA and FO have announced a strike that will affect half of all flights from June 11th to 13th.

The mid-week industrial actions will take out flights at the Roissy, Orly, and Beauvais airpors, which serve Paris.

The strikes also look set to affect traffic to and from Lyon, Nice, Marseille, Toulouse, and Bordeaux.

Passengers are advised to check with their airlines before travel to get information about possible delays or cancellations.

The French strike has been coordinated with industrial action by colleagues in Belgium, Austria, the UK, Italy, Hungary, Portugal, Slovakia, the Czech Republic, and Bulgaria.

"Future European rules on European aviation are a direct attack on the nature of public service in this sector," a union spokesperson said in a statement, adding that the Commission was poised to put certain aspects of the industry out to tender.

"The most likely consequence of these privatizations is a negative impact on security and a degradation of working conditions," the statement continued.

"This attack on a French public service is also a totally unjustified attack on  national sovereignty."