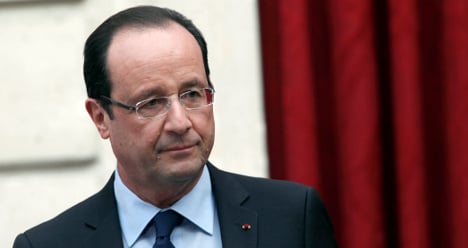 The pair were named as Didier Francois, a seasoned troublespot reporter, and photojournalist Edouard Elias, the radio station said in a statement, adding that it was working with the French authorities to obtain more information.

The statement came shortly after French President Francois Hollande called for the release of two French reporters missing in Syria.

"I demand that these journalists be freed immediately," Hollande told reporters in Japan, where he is currently on a tour, without mentioning the names or affiliation of those missing.

The reporters "are not representatives of any state, they are men who work so that the world can receive information," Hollande said.

"The press must circulate in Syria in order to provide news awaited by the entire world" on what is happening in the country, he said.

Since the start of uprising against Syrian President Bashar al-Assad's regime in March 2011, at least 24 journalists, including several foreigners, have been killed in the strife, according to Reporters Without Borders watchdog group.

The disappearance of the journalists comes just over a week after two separate French journalists brought back evidence to France that the Assad regime had been using chemical weapons against rebel forces in the outskirts of Damascus.