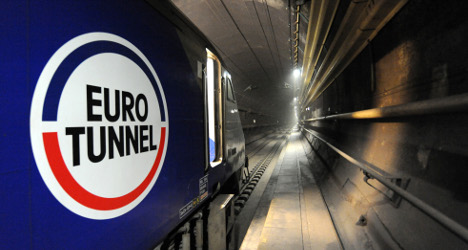 Britain's Competition Commission watchdog ruled Thursday that Channel tunnel operator Eurotunnel will be banned from running ferry services at the port of Dover, after concluding that its purchase of three SeaFrance ferries could spark higher prices.

"Eurotunnel will be stopped from operating ferry services at the port of Dover, after the Competition Commission (CC) decided that its acquisition of three ferries and other assets from the former ferry operator, SeaFrance, could mean higher prices for cross-Channel passengers and freight customers," the CC said in a statement.

The ruling confirmed the CC's provisional findings which were published in February.

The operator of the Channel tunnel between Britain and France had agreed to purchase the ferries from bankrupt ferry firm SeaFrance last year.

But the CC watchdog also found Thursday that Eurotunnel, which operates the Channel tunnel rail link between Britain and France, had purchased the ships in order to stop rival ferry operator DFDS/LD from buying them.

"It cannot be good for competition when Eurotunnel, which already holds a market share of over 40 percent, moves into the ferry business – particularly when it did so to stop a competitor from buying the ferries," said CC deputy chairman Alasdair Smith in the statement.

"Customers would lose out from Eurotunnel increasing its share even further and being able to raise prices on the tunnel services," added Smith, who is chairman of the watchdog's Eurotunnel/SeaFrance Inquiry Group.

The CC added that, before the ruling is implemented, Eurotunnel would be granted a limited period during which to sell its two largest ferries in order to resolve the issue.

"This will ensure that all Dover-Calais ferry services are run by companies which are independent from the competing rail link," it noted.