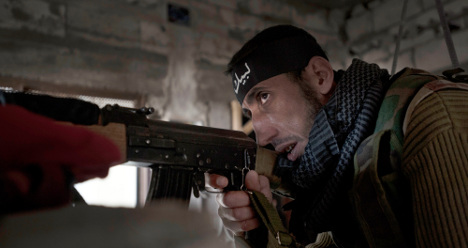 France said on Tuesday it had proof President Bashar al-Assad's regime has used the deadly nerve agent sarin gas in Syria's civil war, adding that "all options," including armed intervention, are on the table.

Washington said it needed more evidence before concluding that sarin has been used.

Earlier, a UN report said there were "reasonable grounds" to believe both sides in Syria had used chemical weapons.

But French Foreign Minister Laurent Fabius told France 2 television: "We have no doubt that the gas is being used. The conclusion of the laboratory is clear: there is sarin gas."

Experts had analysed samples brought back from Syria, he said.

Earlier, his ministry released a statement from Fabius in which he said "France is now certain that sarin gas has been used in Syria several times and in a localized fashion".

Although the statement did not say who had used the gas, it added: "It would be unacceptable that those guilty of these crimes could benefit from impunity."

Later, in his televised remarks, Fabius went further, saying that in at least one case, there was "no doubt that it was the regime and its accomplices".

A diplomatic source said this particular case was an April 29th helicopter attack by regime forces on Saraqeb, in the northwest province of Idlib.

"A line has been indisputably breached," said Fabius.

"We will hold talks with our partners on what we must do and all options are on the table," he said, to decide "whether to react, including in an armed manner".

"But we are not there yet," Fabius added, referring to armed intervention.

"We must react, but at the same time we must not block an eventual peace conference."

Officials are heading to Geneva for a preparatory meeting on the US- and Russia-backed peace conference on Syria.

Officials hope to hammer out terms to get President Bashar al-Assad's camp and the rebels to negotiate directly for the first time.

"We need to expand the evidence we have … before we make any decision," Carney said, alluding to President Barack Obama's stated position that use of the deadly nerve agent would be a "game-changer" for Washington.

French diplomats said the samples tested by the French laboratory had come from two locations — Jobar, a suburb of Damascus, and Saraqeb.

The samples from near Damascus were brought back to France by two journalists with the French daily Le Monde. They reported the use of chemical weapons in the area in mid-April.

There were no details on how France obtained the other sample.

Fabius said he had sent their results to the United Nations, which is also investigating the issue.