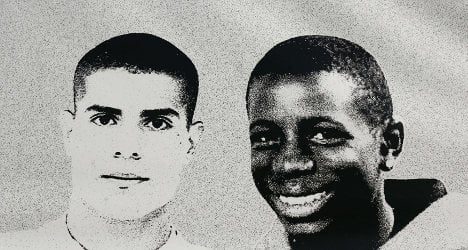 Helen Catton, General Counsel of the Court of Appeals in Rennes, in Brittany, said on Tuesday that the two policemen should be cleared of liability stemming from an incident in October 2005.

The officers were involved in a chase that led to Zyed Benna and Bouna Traoré taking refuge in an electricity substation in the Paris suburb of Clichy-sous-Bois. The two teenagers died after being electrocuted.

In 2007, the teenagers' families accused the policemen of failing to aid Benna, 17, and Traoré, who was 15 when he died. The policemen were subsequently investigated for endangering the lives of others for their part in the chase, but were cleared of charges in April 2011.

The decision, however, was contested by two NGOs: AC-Lefeu and Contre le contrôle au faciès.

AC-Lefeu was established in the wake of riots and car-burning triggered by the grisly deaths of Benna and Traoré, while Contre le contrôle au faciès formed in early 2011 as a pressure group to stop the police performing identity checks based on physical appearance.

In September 2012, the two NGOs demanded that the Justice Minister intervene while Change.org called for the French to sign a petition that the dismissal be revoked. By October, an appeals court (Cour de cassation) overturned the dismissal or 'non-lieu.'

The case was passed on to the Rennes Court of Appeals, where the prosecutor on Tuesday called for the charges be revoked entirely .

The police officers' lawyer, Daniel Merchat, told French daily Le Parisien that he was "satisfied" with the proceedings.

"To send back to criminal court two people, against whom there are no charges – I would call that Putinism," Merchat said, in a reference to Russian President Vladimir Putin.

Merchat also said the case was spurred on by 'flicophobie' – hatred and distrust of the police.

For their part, a legal representative of the victims' families instead lamented that there was still a "blockage" in the case, eight years after their initial complaint.

The appeals court is scheduled to reach its verdict by June 20th.