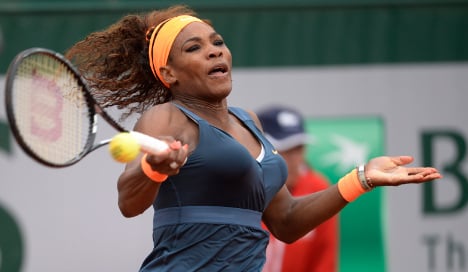 Williams, the top seed, world number one and overwhelming favourite to lift a second Roland Garros title, and a 16th major, had made the last 16 on Friday, losing just six games in three matches.

But the 31-year-old will now have company in the second week after 17th seed Sloane Stephens, Bethanie Mattek-Sands and Jamie Hampton all progressed on Saturday.

There are still plenty of challenges ahead as no US woman has made the semi-finals in Paris since Jennifer Capriati in 2004 while Williams remains her country's most recent champion thanks to her 2002 triumph.

Last year, Stephens and Varvara Lepchenko perished at the fourth round stage after Williams had suffered her worst defeat at a major, losing in the first round to France's Virginie Razzano.

"I think there are a lot of young guns coming up that will be dangerous," said world number 67 Mattek-Sands, who made the last 16 for the first time by beating Argentine qualifier Paula Ormeachea.

The 28-year-old had already done the hard work by knocking out sixth seed, and 2011 champion, Li Na in the second round.

"To have 13 women in the main draw here at the French Open, more than any other country, is awesome. I'm proud."

The United States also has 12 women in the top 100 at the moment, more than any other nation, including modern-day powerhouses Russia who have eight.

Stephens, just 20, made the last 16 for a second successive year, stringing together three wins in a row for the first time since reaching the semi-finals at the Australian Open in January.

"I never would have thought I would make the semis of a Grand Slam and have done all these great things, being in this position I am now, top 20 and all this other stuff," said the bubbly Florida girl.

Her run in Paris may end again in the fourth round with a match-up against defending champion Maria Sharapova on Monday.

Stephens managed just three games in a straight-sets loss to the Russian on clay in Rome just two weeks ago.

"It's exciting. It's fun and I'm enjoying it. I think that's all you can really take from it. Next year I may be in a completely different situation. So you just got to enjoy it now and just keep going with the flow, I guess."

Hampton has reached the second week of a major for the first time and she achieved it with a first career win over a top 10 player by beating seventh seed Petra Kvitova, a former Wimbledon champion, in Saturday's third round.

"Got a unique group I think between Serena, obviously the best player in the world, and Bethanie, Sloane, and myself. Three different players with very unique games, it's cool," said Hampton, the world number 54.

"Work ethic, attitude. I keep repeating the same answers, but it's the truth."

Andre Agassi was the last American man to win in Paris in 1999 while he also remains the last to make the quarter-finals, in 2003. 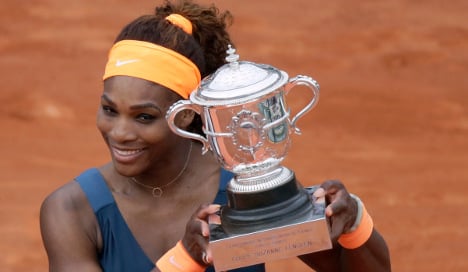 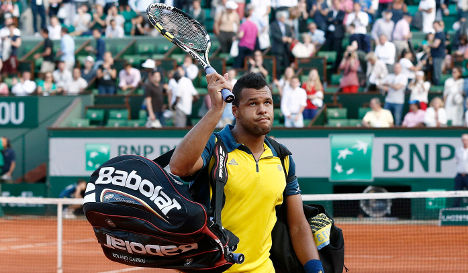 Photo: Kenzo Tribouillard/AFP
It was the 31-year-old American's 16th Grand Slam title win, taking her to within two of Chris Evert and Martina Navratilova who are tied for fourth on the all-time list.
And it underscored her near total domination of the women's game, having won three of the last four Grand Slam titles — at Wimbledon, the US and French Opens — and reaching the quarter-finals at the Australian Open.
For Sharapova it was a 10th straight loss to her American nemesis dating back to 2004 when she defeated her in the Wimbledon final and the WTA Championships when she was just 17-years-old. 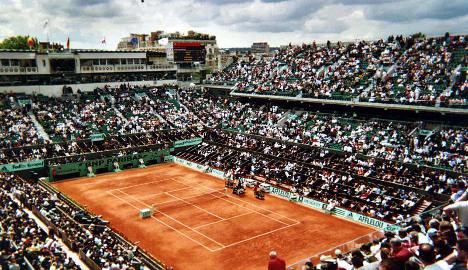