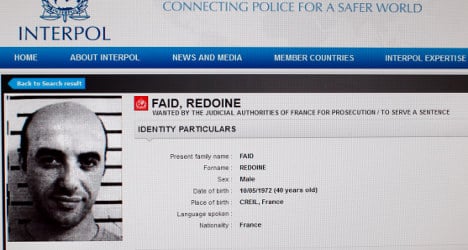 Police tracked down and arrested the notorious escaped prisoner Redoine Faid in the early hours of Wednesday morning at a hotel in Seine-et-Marne, a suburb of Paris.

Faid had been on the run since his dramatic prison break in Sequedin, northern France, on April 13th, during which he held four prison guards hostage.

Faid, 41, was arrested at around 3am French time, in the company of a 29-year-old accomplice, who is already known to police, according to sources for French daily Le Parisien.

The arrest and capture was peaceful, according to Pierre-Henri Brandet, a spokesman for the Interior Ministry. "There was no exchange of gunfire, and the arrest happened in good conditions," he told Europe 1 radio on Wednesday.

The lifestyle criminal, born to Algerian parents in the Paris suburb Creil in 1972, was already notorious before being jailed for robbing a security truck.

In his latest stint in jail, he was awaiting trial for complicity in the murder of Aurélie Fouquet, a policewoman killed three years ago in a shooting which Faid is suspected of being tied to.

He faced a potential life sentence for his alleged role in Fouquet's death.

However, according to media reports, Faid staged a sensational jailbreak on April 13th by pulling a gun from his bag in the visitor's room of the prison near Sequedin and taking four prison guards hostage.

A tissue-box in actual fact contained explosives, which Faid used to meticulously blast his way through four gates on his way to the car park, where he released his prisoners and set off.

The torched car was later found by the side of a road near Lille.

A European Arrest Warrant (EWA) had been issued.

Two days after his escape, global police agency Interpol put him on its red list, stating that he was wanted not only for his suspected involvement in the 26-year-old policewoman's death, but also "in connection with the attempted murder of an officer of the Gendarmerie Nationale." 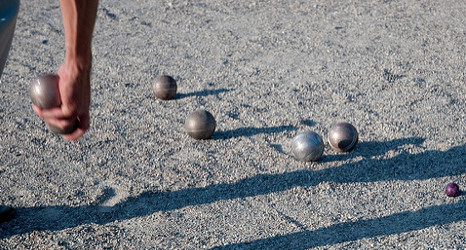 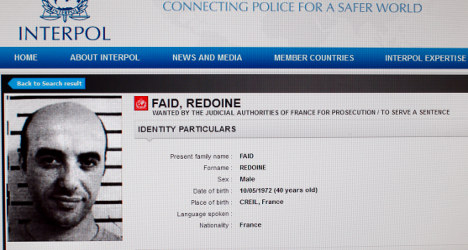