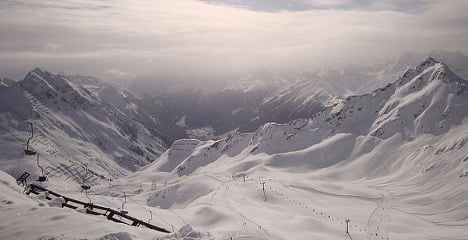 A combination of an icy winter and a chilly spring has meant that for the first time ever in the month of June, skiers will have the option of heading to the pistes in the French Pyrénées, French TV TF1 reported on Wednesday.

After recent cold weather, bosses at the ski station Porte Puymorens in the Pyrénées-Orientales region of the mountain range that divides France from Spain have taken the exceptional step to re-open the slopes this weekend after they had closed them at the end of the season in April.

Eric Charre, director of EPIC, the company that runs the station, told AFP that they wanted to “take advantage of all the snow that has not melted”.

The Pyrénées witnessed heavy snow falls throughout the winter that led to regular avalanche alerts being put in place.

At one point in the ski season, stations had to close because there was too much snow.

Spring in France, which forecasters say has been the coldest in 25 years in some parts of the country, has meant the snow, which would normally have melted away by this time of year, is still in abundance.

Charre said that slopes running between 1600m and 2500m in altitude “have as much snow as in winter”.

“From 2,100m upwards, everything is still pristine without any tracts of earth showing through. The snow is on average 70cm to 80cm thick and in some places there are still drifts of up to five metres deep,” he added.

Temperatures at the ski station hovered around 1°C this week.

In total, four pistes will be open to skiers on Saturday and Sunday from 8am to 1pm, after which the snow will become too slushy for skiing as temperatures rise.

If you are thinking of heading to the station for some summer skiing, however, you’ll need to get to Porte-Puymorens early, as only 600 skiers will be allowed on the limited slopes to avoid over-crowding.

Those who are not cheered by the prospect of skiing in June should not hold out for any real summer weather just yet, although there is hope the sun might make an appearance in France in July and August.