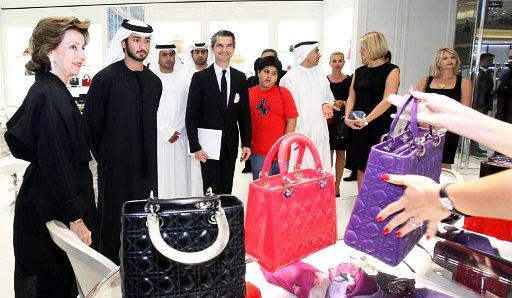 A leading association that counts Chanel and Dior as members urged the authorities to take action on the climate of insecurity which it said could keep cash-flush tourists away.

Several recent incidents have tarnished the image of Paris — the world's most visited city — including muggings and thefts targeting tourists and street violence.

"Paris is getting a reputation of total insecurity….Foreign tourism is a godsend for our city and this insecurity is a direct attack against employment," said Elisabeth Ponsolle des Portes of the association, called Comité Colbert.

The committee, which promotes the French luxury industry at home and abroad, counts 75 of the country's luxury brands as members.

"We have feedback from all the networks and clients of the luxury brands (of the Comité) on the fact that they perceive Paris as a city that is not at all safe," she told journalists, adding the situation was "really serious."

The French government has pledged to guarantee the security of foreign tourists, but Ponsolle des Portes said an "appropriate policy" had to be put in place.

"As Asian tourism in particular is developing, we wouldn't want it to deviate towards Milan or London because it is too risky in Paris," she said.

France's luxury industry makes a large portion of its profits from tourism, particularly from the newly rich from emerging countries such as China, where a rising middle class likes to splash out when travelling abroad.

The Chinese embassy recently reported an increase in the number of complaints regarding muggings and other thefts on their nationals, who are known for carrying big sums of cash, making them prime targets for criminals.

Workers at the Louvre museum, meanwhile, went on strike last month to protest increasingly aggressive pickpockets, forcing the closure of the capital's famed tourist spot for one day.