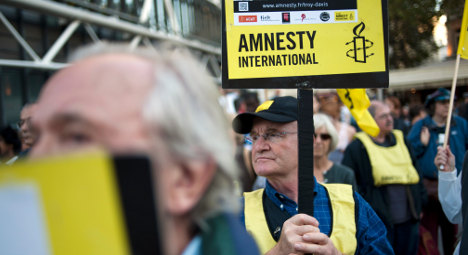 Amnesty has called on French President Francois Hollande to fulfill the commitments he made during his electoral race to shore up human rights. However, the rights watchdog nonetheless noted a change in governmental attitude toward human rights since the days of Nicolas Sarkozy.

In April 2012, the human rights organization sent a letter to all the presidential candidates vying for entry to the Élysée Palace, asking that they consider ten points of improvement to help safeguard human rights in the country.

"Mr Hollande sent us a long letter in response. We have some expectations on the new government."

In a report entitled "Francois Hollande – One year later," released this week, the human rights organization went through its list of recommendations – ranging from asylum seekers to Roma, and looking at civil liberties.

It said that while Amnesty welcomed the legalization of same-sex marriage in France, there was nonetheless the need for further efforts to tackle homophobia.

The treatment of asylum seekers and of the Roma people were also mentioned among the areas where France needed to take action to ensure human rights were protected.

The organization had addressed its concerns with the French prime minister in November, after several high-profile evictions of Roma took place over the summer. Amnesty noted that dismantling their settlements endangered the rights of those expelled to get access to housing, health and education.

In the report, Amnesty said that the then presidential candidate's response at the time was to try to find "alternative solutions".

"We must find solutions to combine the respect of private property, the safety of those affected(…) with the task of integrating the (Roma) population," Hollande is quoted as saying in the letter he sent Amnesty last year.

Delouvin said the situation for the Roma was probably the toughest point on the list of suggested improvements, and welcomed the inter-ministerial push for action, which tied the interior minister and six other ministers to a steering document on the issue. The government had also appointed a special rapporteur.

"Unfortunately, the situation for Romas is sill very difficult we hope that in the future the (rapporteur's) work will permit some improvements locally," Delouvin said.

Amnesty also said the procedures for how to welcome and house asylum seekers, as well as ensuring their access to the asylum application system, needed review. As did laws concerning foreign nationals in France.

"The recommendations we made in 2012 came from difficulties in laws in France because of the presence of Mr Sarkozy," said Delouvin.

"We had worse laws on asylum and foreigners in general, now we have recently had consultations with officials in the home office and we are awaiting new laws."

There was also praise for concrete action from the French president. The report authors credited Hollande with making sure France signed up to the International Covenant on Economic, Social and Cultural Rights, as well as to the Arms Trade Treaty.

Feedback on Hollande's push to speak up for human rights on the global scene was more tempered, however.

Amnesty said that while a speech at the Francophone Summit had highlighted such issues with the Congolese delegates, the French president had not followed through in certain key bilateral talks, including with Russia, Morocco and China

"Amnesty finds it regrettable that the president showed reluctance to address human rights on official visits," the report read. 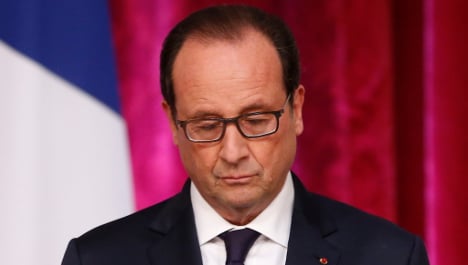 Only 35 percent said they were most worried about about passing airport security. That’s according to a poll by Skyscanner, an online flight comparison site.

The economic crisis and the time spent checking out the different flight comparison sites could explain this percentage, the French website tourmagazine.fr reports.

Unlike the French, tourists from other countries including Spaniards, Italians, Germans and Swedes are more worried about choosing the right destination. 30 percent of non-French tourists are worried about where they will spend their holidays, Skyscanner reports.

24 percent of non-French tourists are worried about finding the cheapest flight online.

Meanwhile, only 1 percent of the French are anxious about choosing the right destination.