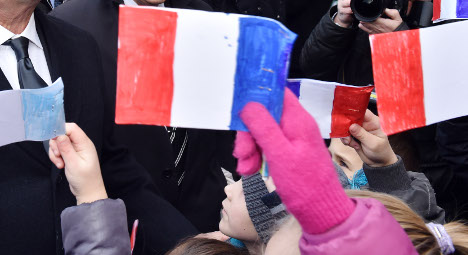 France's National Assembly where the corridors are patrolled by an elite who are not good at doing their job, argues author Peter Gumbel. Photo: Ell Brown.

France was supposed to have done away with its ruling class at the guillotine over 200 years ago, but elites are still in charge and holding the country back, says Gumbel.

In his book “France’s Got Talent: The Woeful Consequences of French Elitism, he takes aim at the tiny ‘old boys network’ dominating the corridors of power and the flawed theory that keeps them there.

Gumbel, a former Time Magazine journalist and lecturer at the elite Institute d’Etudes Politiques, otherwise known as Sciences Po, argues that the very people trained and taught to lead France are actually undermining the country. 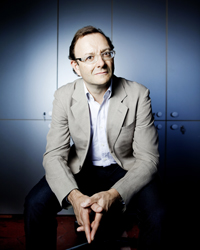 Gumbel: “This culture of elitism is having damaging consequences for France. Firstly for the elites themselves, who are selected in a way that has not changed for years, from a tiny pool of talent where those included are identified from an early age at school.

“France basically takes the brightest kids in the class and gives them the keys to the bubbly, but the results show that these kids are not delivering what is expected of them.

“They might be clever but they are not very good at running the country. This system does not teach them to think outside the box. They are bright but lack the necessary people and organizational skills.

“They might be able to write nice reports but they are not the best at putting into action the conclusions of these reports.

“In terms of administration France is 20 years behind everyone else. They have missed the biggest trends in terms of good public management, because of this system of selecting and training an elite.” “What is important is the effect that this elitism has on everyone else in France – the ones who do not pass the rigorous selection process that whittles down 830,000 to the 40,000 who go to the top Grandes Ecoles universities.

“Not only does this system create an elite but it also leaves a very disaffected population who never made it. You can see the result of this in recent polls which show the lack of faith the majority of French have towards their leaders.

“The French have long looked down their noses at Britain thinking the country was based purely on class and wealth and that they had a superior system which was based on intellect.

“Although the theory in France is that anyone can make it by sheer virtue of their intellectual capacity, in reality those who do make it come from the same affluent upper middle class backgrounds. The theory is great but the reality simply does not reflect it. Although the French themselves have agonized about this, basically nothing has changed in recent years in terms of the way their elites are selected.

“Britain has become much more socially diverse in terms of its mindset. One of the biggest differences is professional ability. Your chances of succeeding in a job in France are based on how good you were at school. Those that succeed at school in Britain will also do pretty well, but the difference is they won’t necessarily go on to run the country like they do in France.”

“France has got itself fixed on this idea that it has a very good system, so changing it would be extremely difficult. You have to look where the vested interests are and of course they would not be in favour of change. I am hoping to show them that it doesn’t work and they need to fix it. That message needs to get through.

“I am not engaging in French-bashing. I have purposefully come up with constructive conclusions. I think we can see changes starting to happen in recent years. The Grandes Ecoles have opened up and accepted they are way behind and need to change. They have started sending their students abroad and bringing in more foreign students. They are bringing in students from different backgrounds and trying to diversify. But on the other hand change has often proved impossible. Nicolas Sarkozy tried to scrap the way students were graded on leaving the elite École nationale d'administration (ENA) but lost. That’s one example of attempting change that did not work.

“You can see that France has been mired in a slow decline for a long time and the French are worrying about it and looking over at their neighbours Germany. French elitism is part of the cause of this decline. If the French want to take their place among the leading nations of the world, then they need to fix this problem.”