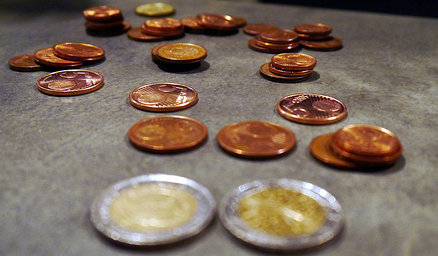 France's auto-entrepreneur scheme is an easy way to get started, but it has its downsides.

For many self-employed or even unemployed foreign nationals in France, the “auto-entrepreneur” system is the perfect way to make a living or at least test your hand at running your own business.

There’s minimal red tape (once you have set yourself up), no need to pay taxes or charges up front and many employers will welcome you with open arms as they avoid having to pay the steep charges that come with having a contract.

Since 2009, around one million people are believed to have signed up to the status that was originally designed by former president Nicolas Sarkozy, to help those who wanted to work more and earn a second income.

But there are drawbacks and with the government promising to tighten the rules, expats need to consider whether it’s the right path for them to go down.

Should you really have a contract?

Although some employers, especially English teaching academies will push you to be an auto-entrepreneur, you should be wary, lawyer Jean Taquet tells The Local.

“The government knows a lot of language schools employ teachers on an auto-entrepreneur basis when really they should be putting them on their payroll. These teachers can suddenly get caught in the crossfire when authorities decide to audit a school,” Taquet says.

“The government is using auto-entrepreneurs (AEs) as bait to go after the companies,” he adds.

Andy Denison, who runs an advice website for Anglophones on all things administrative adds: “We have known of a couple of companies who were only employing AEs when really they should have had salaried people on their books and these businesses have been caught out.”

Under the rules of being an auto-entrepreneur you should have more than one client paying you for your services, because if you don’t then really you should be on a contract and the auditors will be looking out for this.

“If you are constantly working for someone or especially if you sign some kind of exclusivity agreement with them, then that will be an issue with authorities,” Denison warns.

When the work dries up so does the money?

Obviously, by paying a reduced rate of social charges you are not covered for some social benefits, one of those being unemployment benefits. So when the work dries up, you cannot fall back on the state to help you out.

One of the advantages of the AE system is that it helps people test the market and try their hand at setting up a business without too much risk. But that does not mean it provides ideal foundations from which to launch a company.

“You need to consider whether you are going to be paying out a lot of costs when you start out because as an auto-entrepreneur you have to pay charges on whatever incomings you have,” Denison warns. “It does not take profits into account. So if you have a lot of costs and are losing money you will still have to pay social charges.”

“The first thing I tell people is to look at costs and try to lay out a business plan about what they want to do. If it looks like they won’t have that many costs for the first year then the AE scheme could be good for them,” says Denison.

Ever since the socialist government came to power last May there has been lots of talk about tightening the rules around the auto-entrepreneur system, because it gives those using it as their main source of income an unfair advantage over tradespeople.

The government says it will introduce a time limit for how long someone can spend as an auto-entrepreneur. There has been talk of a five-year maximum as well as a three-year maximum but anyone going onto the scheme should be aware that it probably won’t last forever.

“If you start out as an AE and get your feet wet, you will realize pretty quickly whether or not your business will be viable. If it is, then you should you change your status to move onto a different scheme,” Taquet says.

Make sure you invoice correctly

Obviously being self-employed means you will have to invoice all the clients you work for and keep a track of payments. It might sound simple enough but issues can arise as one auto-entrepreneur named Bill tells The Local.

“Setting myself up as an auto-entrepreneur in France was surprisingly easy. I went online, signed up and received the proper documentation in less than a couple of weeks,” Bill says.

“Learning how to bill properly however was another matter. One agency hadn't paid me in a couple of months, and when I emailed to see what the matter was, they told me that I hadn't put a declaration regarding VAT payments and that I needed to redo my invoices.

“Apparently, no one was going to bother telling me this. So that's something to remember – you need to be precise in your billing or an accounts department may reject your invoice out of hand and neglect to inform of this.”

Don't earn too much

Earning too much does not sound like a pitfall, but breaking the strict annual revenue limits set for auto-entrepreneurs (€32,600 for trades and services, €81,500 for sales of goods) could see you wrap yourself up in knots in the very red tape you thought you were avoiding.

Allow auto-entrepreneur Bill to explain: "I once received €6,000 from an advertising gig and declared it in my first trimester. Well, they took this amount and multiplied it by 12 and several months later I received notice from URSAFF that I had to pay some exorbitant tax bill on my projected €72,000 annual income.

"After a lot of arguing, a few insults, several apologies and many lost days waiting in waiting room at different offices across Paris, I was finally able to get out of paying tax on the fortune I would not be making and, alas, haven't made since.

Andy Denison runs the website www.monamiandy.com which specialises in administrative support for Anglophones living in France.

Lawyer Jean Taquet describes himself as a 'cultural bridge'. You can contact him at www.jeantaquet.com or find out more about his Living in France guide by clicking here.