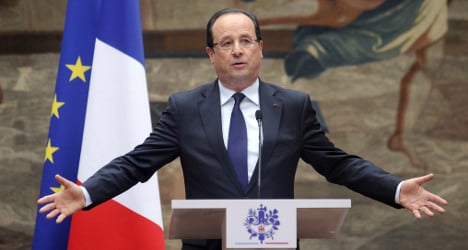 Hollande set to face the music as well as 400 journalists on Thursday. Photo: AFP

It seemed a grand gesture at the time but one that French President François Hollande may now be deeply regretting.

After being elected to the presidency last year Hollande promised to hold an open press conference with the media every six months to allow journalists to pose the pressing questions of the day.

It’s a pledge Hollande, who is the most unpopular post-War president according to opinion polls, has kept and which will see the president face around 400 hundred blood thirsty hacks in the ballroom of the Elysée Palace on Thursday afternoon.

And with Wednesday's news that France has officially entered recession still sinking in, along with the recent figures showing record levels of unemployment and growing signs of dissention within his own party ranks Hollande can expect a good old grilling.

“This conference coincides with one the darkest most difficult moments of his short time in the power. The situation is quite disastrous for him.," French politics professor Philippe Marliere from London’s UCL, told The Local.

“I am sure if you asked Hollande in private whether he would have liked to postpone it, he would surely have said yes,”

“But it’s a scheduled exercise and if he cancelled it, then it would be seen as him running away. And he just cannot be seen to do that right now,” Marliere added.

The press conference will see Hollande give a keynote speech for around 20 minutes and then hand the floor over to the journalists to fire their questions at him. In total the expected chastening experience is due to last around two hours.

With the French economy grinding to halt the press conference will be dominated by financial matters. Hollande will be under pressure to explain how he will drag France out of the deepening economic crisis.

The issue of austerity will also be raised at a time when there is a growing clamour from the public, the media and from the left of his own Socialist Party to ditch the policy of “fiscal consolidation” demanded by EU finance chiefs.

“It is fairly likely that Hollande will be questioned on when and where he will be carrying out cutbacks,” Bruno Cautres, from the Centre for Political Research at Sciences Po university told The Local.

“He will almost certainly be questioned about a government reshuffle, because at the moment there are seven ministers working under the Finance Ministry, which is proving impossible to manage.”

The presidential press conference, which has a long tradition in France, will certainly test Hollande but will he give the French public any real answers to the problems facing the country?

“I expect Hollande to use the same rhetoric he has always used. That is to say he will stress again that the situation is difficult but that he knows where he is going and that economic growth is on the horizon,” Cautres said.

“But really today will change nothing. The economic problems will still be there and the same big questions will remain,” he added.

Following the press conference Hollande won’t even have time to take a stiff drink as he faces a potentially even more uncomfortable situation when he meets deputies from within his own party. 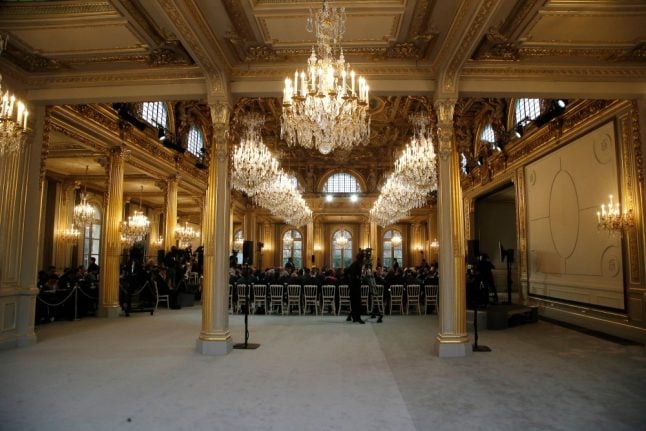