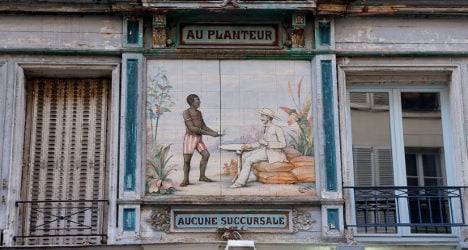 For Louis-Georges Tin it is a simple matter of forcing France to pay for the legacy of the slave trade in its former colonies such as Haiti and its current overseas territories like the Caribbean islands of Martinique and Guadeloupe.

The president of the country's Representative Council of Black Associations (CRAN) was dismayed last week when France's head of state President François Hollande said no reparations would be paid out to the descendants of the victims of slavery.

Two days later, however, Justice Minister Christiane Taubira raised hopes again when she suggested that one of CRAN's other demands – that land owned by the French state should be given to descendants of slaves – could be viable.

Tin tells the Local it is time for French governments – which he accuses of racism in their attitude towards France's overseas territories – to finally face the truth and pay up, whether through monetary compensation, the transfer of land, or allowing young people places at French universities.

"Paying reparations is a simple matter of justice. When a crime has been committed, there is a need to pay reparations. That’s the case for any crime.

"The French committed a crime against humanity in its role in the slave trade, so reparations are needed. By refusing to pay, François Hollande is showing he lacks humanity.

"The history of countries like Haiti is obvious. It was devastated by France. At one point it was the richest colony in the world but under France it became the poorest country in the world and Hollande thinks people will be happy if he just offers them a few words?

"It’s a slap in their face. These people are poor, they have nothing to eat. It is unacceptable.

“Marine le Pen, the leader of the far right, congratulated Hollande for his attitude on reparations. I wonder if the president is proud of being supported by her? He should reflect on that.

“Most people say to us: 'No one is interested in reparations and no one cares about it.' But they are wrong.

"The French say we are isolated in our demands, but 63 percent of people in the former colonies are demanding compensation. We also have Martin Luther King, Abraham Lincoln and Malcolm X on our side. We are not isolated, it’s just that the French aren't listening.

“We have many ways to make it happen, one of which is going to court. Even if we don’t get a positive result against those French banks who were involved in the slave trade, we are at least damaging their image.

"We have the truth and that is always the best way to put pressure on people."

“Land is hugely significant. In the past, having land for most people was the beginning of a career. If you had land you could live. If you didn't, you had no life. Of course things are different now, but when everyone was a peasant, those without land had no freedom.

“It would be very easy to distribute land. All you need to do is make a list of the available land that belongs to the state and say we will give a certain amount of it to the poorest people. It wouldn't cost anything , it’s a simple measure.”

“The policy of France towards its overseas territories is shameful and there is more than an element of racism involved. In 2008 Eurostat, the EU data agency, revealed that the four poorest departments in Europe are not in Greece or Portugal but in France and of course they are its overseas departments.

“People in France speak about the poverty in the 'banlieues' (estates) but on the island of Réunion there is 60 percent youth unemployment.

“One example of the racist attitude in the French government towards its former colonies is the use of pesticide named Chlordecone in Guadaloupe and Martinique.

"This pesticide was banned in the US and elsewhere but the descendants of the former slave owners in the French colonies said it was good for the banana plantations so they used it without regard for the impact on people’s health.

"Now we have some of the highest prostate cancer rates in the world.

“There hasn't been much difference between the French governments, both left and right, in their policies towards the former colonies over the years.

"All I can say is that Nicolas Sarkozy did many things that encouraged racism and François Hollande has done nothing to fight it." 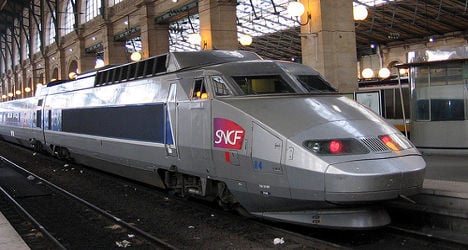 SNCF
Holocaust: US fight for SNCF reparation goes on

France state-owned railway is facing big problems in the US for its role in the Holocaust. Photo: OliverN5/Flickr

Seventy years after the Holocaust, Rosette Goldstein and many fellow Americans are still seeking reparations from French rail firm SNCF for transporting their loved ones to Nazi death camps.

Goldstein, now 75, was in Maryland on Monday to testify before state lawmakers, who have threatened to prevent SNCF bidding for a major public contract over its role in the World War II genocide.

Clutching a register of those transported by France's state-owned rail company, an emotional Goldstein showed where her father's name was entered.

"My father was taken by truck to the railway station and put on an SNCF train and taken to Drancy," Goldstein explained, with tears in her eyes. "He was taken on Convoy 64, December the 7th, 1943 to Auschwitz.

"I really would like them to come forward and say, 'I am so sorry for your loss,'" the petite woman said in a choked voice.

Holocaust survivor Leo Bretholz, who was deported on a French train, had also been set to testify at the hearing in Maryland, but he died on Saturday before he could give his account.

Bretholz, who escaped in October 1942 by jumping from a train headed for Auschwitz, had gathered 150,000 signatures for a petition asking SNCF to compensate victims and their families.

His campaign is supported by Maryland lawmaker Kirill Reznik, who says he holds the SNCF directly responsible for transporting Holocaust victims to the Nazi camps.

"We have an invoice issued by SNCF that required payment per head, per kilometer" for each prisoner transported, he said.

Reznik has proposed a law requiring the French rail company to compensate victims before they would be allowed to compete for state contracts in Maryland.

If the bill is approved, it would ban SNCF and its subsidiary, Keolis America, from bidding on a $6 billion public-private project to build and run a 16-mile (25-kilometer) light rail line in Maryland.

"We cannot have this company operating this purple line without (…) taking steps to close wounds that they have caused," Reznik said.

Under France's Vichy Regime, the SNCF deported some 76,000 Jews to concentration camps in freight cars between 1942 and 1944. Only around 3,000 of them survived the war.

"They should finally have to pay reparation at least per person," said Ellen Lightman, a 67-year-old grand-daughter of a Holocaust victim who attended the hearing at Maryland's legislature.

"Otherwise, whatever they have done in words is just air," she said.

SNCF does not deny it played a role in transporting Jews to their deaths, but the company says it had no choice.

"Yes, we were involved. No, we will never forget," said Alain Leray, president of SNCF America, as he testified on Monday.

Leray, who noted that his own parents had fled occupied France to Algeria to avoid the Holocaust, said the genocide was also "a part of my family heritage."

But he denounced what he called a "misrepresentation of established historical facts."

"SNCF didn't deport anyone; the Nazis did," he insisted, saying the company "was forced to be a cog in the extermination Nazi machine."

By his side, Holocaust survivor Emil Levy, 92, testified on SNCF's behalf, saying he doesn't "believe in revenge" and that monetary compensation now would "do nothing for survivors."

Leray also said responsibility — and any eventual compensation — should ultimately come from the French government.

In that vein, he expressed hope for negotiations launched in early February between Paris and Washington over compensation for US victims transported by SNCF during between 1942 and 1944.

The negotiations concern the cases of Americans who don't meet current French criteria for compensation, covering citizens and residents of France only through September 1, 1939.

Around 250 Americans would be affected by the negotiations, according to the Coalition for Holocaust Rail Justice.