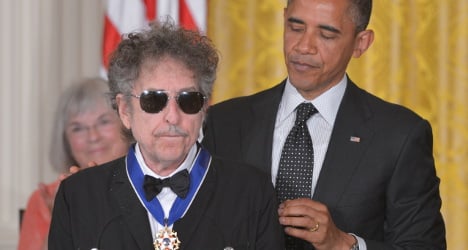 Bob Dylan receives the Presidential Medal of Freedom from US President Barack Obama in May 2012. French reports suggest Dylan may be refused a similar French honour. Photo: Mandel Ngan/AFP

A proposal to make Bob Dylan a member of France's Legion d'Honneur ran into further opposition Sunday as the country's far right weighed into a controversy over whether the singer is a suitable recipient for the award.

Culture Minister Aurelie Filippetti, an avowed Dylan fan, still hopes to pin the celebrated medal on one of the veteran singer's narrow lapels, despite opposition from the committee that oversees the allocation of the award.

Satirical weekly Le Canard Enchaine revealed last week that the committee had concluded that Dylan's pacifist politics and his use of marijuana made him an unsuitable candidate, a view endorsed Sunday by National Front leader Marine Le Pen.

"The Legion d'Honneur should not be handed out any old how, to any old person," Le Pen declared.

"The president's chef, the hairdresser of (former first lady) Carla Bruni and the favourite singers of Mme Filippetti… that's not what the Legion is about.

"I like Bob Dylan a lot but one mustn't exaggerate!"

Filippetti however is sticking to her guns. "Something will be sorted out," she said last week after news of the medals committee's opposition leaked out.

'Usually these proposals are kept private'

Speaking to The Local last week, a spokeswoman for the Grand Chancery of the Legion would neither confirm nor deny that Dylan’s nomination would be rejected. Nor did she deny the reports in Le Canard Enchainé, saying only "usually these proposals are kept private."

A 17-member panel, led by Jean-Louis Georgelin, a French army general, decides collectively whether or not to “receive” a nominee, on the basis of their “public services or professional activities, of a duration of at least 20 years,” according to the Legion’s rules.

The panel must also take into account the nominee’s “recent police record, and the results of an inquiry into the candidate’s honour and morality.” The spokeswoman confirmed  that a criminal record would exclude a nominee from joining the elite group.

Strictly speaking, non-French citizens cannot become members of the Legion d’Honneur, but they can wear the same insignia, which is considered as great an honour as full membership.

Dylan would join his 1960s contemporary and fellow anti-war activist Sir Paul McCartney, who in 2012 was made an Officer of the Légion d’Honneur by French President François Hollande.

In May 2012, Dylan was awarded the Presidential Medal of Freedom by US President Barack Obama, the highest available civilian honour in the United States.

A self-confessed drug user, Dylan is said to have personally introduced the Beatles – including Sir Paul McCartney himself – to cannabis during the mid-1960s, before progressing to the use of amphetamines and, according to Dylan himself, a "$25-a-day" heroin habit. 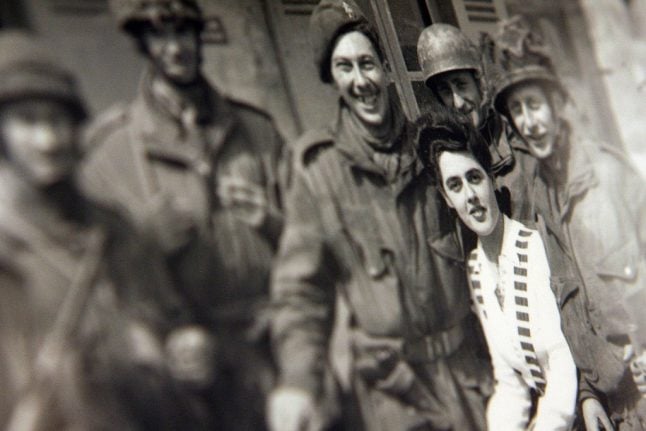