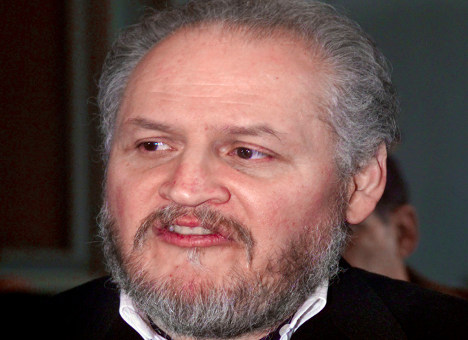 Now 63, the Venezuelan was already serving a life sentence for murder when he was convicted two years ago of orchestrating the 1982 and 1983 attacks on two French passenger trains, a train station in Marseille and a Libyan magazine office in Paris.

They were widely believed to have been carried out in retaliation for France's detention of two fellow members of a militant group Carlos ran with the support of East  Germany's notorious secret police, the Stasi.

The investigation into the 1982-83 bombings had looked like it was heading towards a dead end until the release of secret Stasi files handed prosecutors sufficient evidence of his involvement to bring the case to court.

The appeal that will begin here on Monday and is scheduled to run until June 26th is expected to focus on whether evidence garnered from these files can be regarded as reliable.

The panel of judges that will hear the appeal will also review the acquittal of Christa Frohlich, a 70-year-old German, of charges of involvement in one of the attacks.

Frohlich was tried in absentia in 2011 and is not expected to attend the appeal.

At his first trial, Carlos denied any involvement in the 1982-83 bombings while issuing a series of ambiguous pronouncements about his role as a "professional revolutionary" waging a war for the liberation of Palestine and other causes.

After years on the run from western security services, he was finally arrested in Sudan in 1994 and transferred to France, where he was convicted three years later of the 1975 murder in Paris of two members of the French security services and an alleged informer.

He could yet face a third trial in France as an examining magistrate is still investigating the 1974 bombing of the Drugstore Saint-Germain in the centre of Paris, which left two people dead and 34 injured.

Against that background, he is seen as unlikely to be released any time soon.

He has not given up hope of securing a transfer to custody in his native Venezuela but it is hard to envisage France sanctioning such a move, given the outrage it would inevitably trigger.

Carlos has spent several years in solitary confinement but his prison conditions in France have, of late, been much more comfortable.

At the Centrale de Poissy in the western suburbs of Paris, he spends his time reading, taking philosophy and literature classes and talking with his many visitors, according to one of his lawyers, Francis Vuillemin.

"It is similar to the life of a monk in an abbey," Vuillemin said.

According to Aude Simeon, a former teacher in the prison, the monk's life also includes access to cigars and Venezuelan coffee served in his cell.

In a memoir entitled "Teacher to the convicts" Simeon describes Carlos as a very polite and courteous man who could also appear as a "slightly childish, know it all."