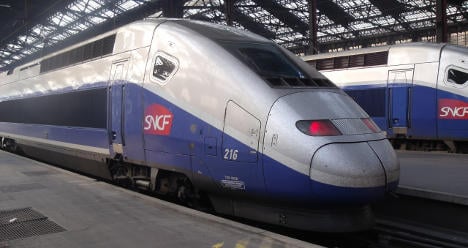 The old slogan for France’s railway operator “With the SNCF anything is possible” rang true this week when an old lady managed to persuade the rail bosses to make a special stop after she accidentally boarded the wrong train at Gare de l'Est in Paris.

The incident, the type of which is almost unimaginable in today's world, happened after an elderly lady realized she was travelling on a train bound for Nancy instead of her intended destination of Reims.

The woman, who was visiting France from her home in the Caribbean, immediately broke down in tears, fearful of arriving in a town where she knew no one at 11pm at night.

A fellow passenger came to her aid and raised the alarm with staff to see what could be done. As other sympathetic travellers offered her accommodation in Nancy, staff at SNCF were pulling a few strings in the background.

In the end SNCF bosses agree that the train could make an exceptional stop at Champagne-Ardenne, so she could change and get the next train to Reims.

Rather than grumbling over a delay to the service passengers on her train gave her a round of applause as she got off.

Staff at SNCF later explained that the decision was made “in light of the circumstances for the passenger and the impact on other rail traffic”.

And to ward other people off who might be tempted to insist train drivers make similar impromptu stops in future a spokesperson for SNCF said that “a similar situation at a different time would probably not have the same outcome”.