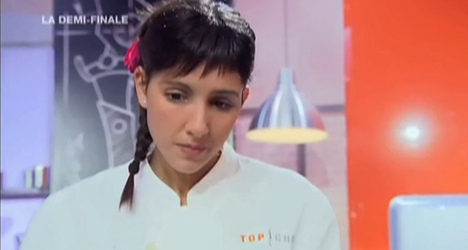 She is the pretty, unscrupulous 29-year-old chef who won the French version of the TV talent show Masterchef this year which in France is called Top Chef.

Well winning Top Chef was enough to get her into the news but the fact she progressed to the show’s finale only after stealing shrimps from her rival, Yoni, while his back was turned during their cook-off, meant her victory sparked outrage among fans of the show and the public at large.

D’Hainaut’s moment of dishonesty got moral pulses racing all over France, and she immediately became a figure of hate.

After pocketing the €100,000 prize money, thousands clamoured for her Machiavellian triumph to be overturned.

This week the public got a semblance of revenge.

On Monday night, d’Hainaut faced off against last year’s winner Jean Imbert, and in a public phone-in to choose the victor, d’Hainaut was somewhat predictably massacred by a gleefully vengeful French audience, despite earlier apologizing for her behaviour.

This video shows d’Hainaut’s defining moment. Amid the show’s dramatic soundtrack, she struggles with the moral conundrum before her. “I see a big bowl of shrimp over at Yoni’s counter…And then I say to myself ‘What are you going to do?’”

In the end d’Hainaut – who is by all accounts quite a promising and accomplished chef anyway – makes a sort of Faustian pact: stealing the shrimp and winning the show, but at the same time losing the love of the public.

Pretty hateful, to be honest. A Facebook page called ‘Anti-Naoëlle Top Chef 2013’ has more than 81,000 likes, and a photo of d’Hainaut reacting to her 77 to 23 percent rejection by the French public, has been shared by more than 500 users.

One user loved the concept and spirit of the campaign, but disapproved of its profile picture – a straightforward photo of D’Hainaut herself.

“Excellent…But could you change your profile picture? It’s really annoying to see her smiling face every time I log on to Facebook.”

Others, including the page’s moderator, seem to be more interested in an orchestrated, strategic lobbying campaign to reverse d’Hainaut’s triumph, though the TV channel M6 have dismissed any such attempts.

“Please – do not watch Monday’s contest. It’s the only means at our disposal to make our message heard…M6 will make money from your text messages…And anyway the winner was already chosen a long time ago…” said a post on May 3rd.

As for the ethical opprobrium, it has been well-articulated and widespread, as one Twitter user reflected.

“I find you enormously lacking in humility. The contest absolutely does not require the kind of base methods you’re employing.”

What else has she done?

Well, before she sent 77 percent of French TV viewers into moral outrage, d'Hainaut was sous-chef at the world-famous Bristol hotel in Paris.

Originally from the Oise department in northern France, she was by her own account a troubled, directionless teenager until a schoolteacher got her interested in cooking.

With her €100,000 in prize money, d’Hainaut has said she intends to set up a restaurant of her own in the south of France.

However after all the outrage she caused it might be a good idea if she opened it under a different name. 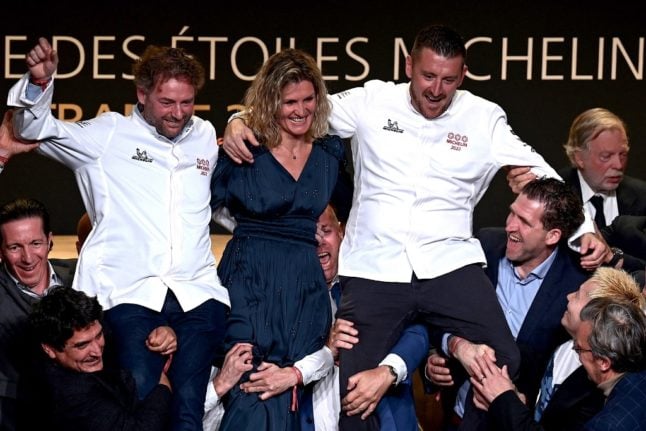