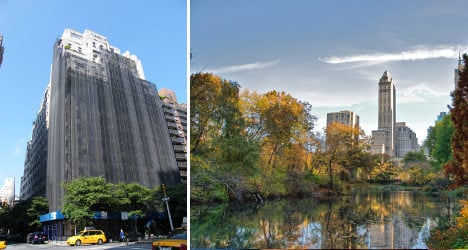 It appears the French government is doing some spectacular belt-tightening as it continues to struggle through the economic crisis and reduce public deficit.

The state plans to sell off its luxury duplex apartment, on the 12th and 13th floors of 740 Park Avenue – known as ‘The World’s Richest Apartment Building’ – according to US-based online magazine French Morning.

Since 1978 the swanky, two-storey abode has served as the residence of France’s Ambassador to the United Nations, whose headquarters are in New York.

The apartment could go on the market for $35-40 million (€27-31 million), according to a real estate agent consulted by the website.

Built in 1929, the apartment building has a rich history, in every sense.

It was the childhood home of Jacqueline Kennedy, whose grandfather built it, and has played host to fashion designer Vera Wang, industrialist David Koch, and numerous businessmen, notably from early American giant Standard Oil.

France originally bought a second-storey apartment for the country’s ambassador to the UN, in 1949, before ‘moving up in the world’ to a duplex on the 12th and 13th floors, in 1978.

This is not the only sale of luxury assets the French government has announced in recent weeks.

Two weeks ago The Local reported how a selection of wines from the French presidential cellar at the Elysée Palace would be auctioned off in Paris at the end of May, with 1,200 bottles on offer.

Earlier this week the French government was told by spending watchdog the Cour des Comptes that it would have to cut the size of the Republican Guard, the elite unit that provides the pomp and ceremony on state occasions.

The guard, which includes the last cavalry unit of the French army, has 2,859 civilian and military staff and costs €280 million a year to run.