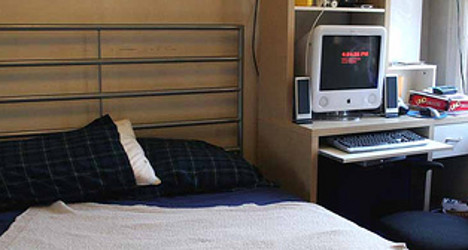 A young Facebook-user from the eastern city of Montbéliard found out the hard way that internet love affairs are not always what they seem, after being forced to pay out €1,250 to suppress a video of him performing a striptease for his online girlfriend.

Despite his embarrassment, the young man was able to report the extortion to French police, who have opened an investigation into what they believe is a highly organized, Ivory Coast-based racket, regional daily l’Est Republicain reported on Sunday.

“In the large majority of cases, people are ashamed and prefer not to say anything, but these scams are quite common. Internet users need to be wary,” police commander Philippe Carme told l’Est Republicain.

The affair began with a ‘friend request’, sent to the college student in the Doubs department of eastern France, on April 13th, by a mysterious but apparently beautiful young woman.

Finally, the young man agreed to his digital lover’s suggestion that they perform a striptease for each other via webcam.

Finding himself completely naked in front of his computer, he realized he was being filmed and went offline in a panic.

A series of poisonous emails followed, threatening to send the video to the victim’s parents and friends, and post it online, unless he coughed up several instalments of €350 to €500 via a secure payment website.

In the end, the fearful young man made three pay-offs amounting to a total of €1,250, before alerting local police to the scam.

Investigators believe the extortion racket is being run by a criminal organization based in the Ivory Coast, but are not optimistic the wrongdoers will be identified, such is the sophistication of the operation, said l’Est Republicain.