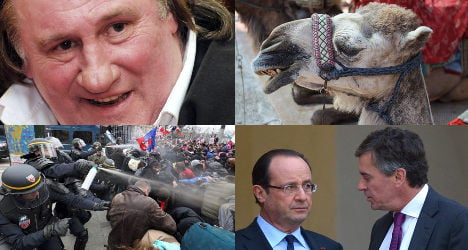 On the evening of May 6th 2012 Socialist Party candidate François Hollande was swept into power on a wave of euphoria.

That night, thousands of supporters flocked into Place de la Bastille in Paris to give him a hero's ovation.

They chanted his name, waved flags, popped champagne and celebrated the arrival of a man they hoped would stick to the promise of his campaign slogan – "Change is now".

But just a year later, things have gone badly awry for Hollande, and his dream job has turned into a nightmare.

Counting down from ten to one, we review the worst moments of his first year as French president. Which one moment had him cursing the most?

It could be breaking job loss records and job creation promises, or it might be the ignominy of having his Malian camel eaten.