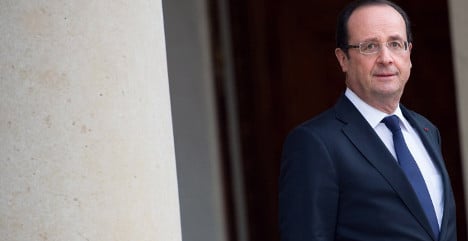 Instead, the economy is on the edge of recession, unemployment is at a 16-year high and Hollande's government is reeling from a scandal that saw his ex-budget minister charged with tax fraud.

Since his election last May 6, Hollande's approval rating has fallen faster and further than any other president's since the founding of France's Fifth Republic in 1958.

And as he heads into his second year, there are few signs of the self-styled President Normal's troubles letting up.

"France is facing its most dramatic economic crisis in decades and it's hard to see what could reverse this," said Jean-Luc Parodi, an analyst with France's National Foundation of Political Science.

"Hollande wanted to be the opposite of the 'hyper-president' Sarkozy. But he went too far and there is a feeling that he's not being active enough."

A survey by polling firm IFOP month showed Hollande's approval rating down six points, with 74 percent of respondents saying they were not satisfied with his performance – a record high.

Cahuzac – once the minister responsible for tackling tax evasion – was charged last month with tax fraud after admitting to having an undeclared Swiss bank account and repeatedly lying about it.

The scandal struck at Hollande's core promise of running a clean government, and his efforts to respond, including by requiring all ministers to declare their assets, seemed to have little effect on public opinion.

At the same time another key Socialist reform – a bill legalising gay marriage and adoption – sparked an unexpected wave of demonstrations from opponents, with tens of thousands taking to the streets.

The bill was eventually adopted but is now facing a constitutional challenge and opponents have vowed new protests in the hopes of forcing Hollande to back down from signing it.

But even before the latest crises, Hollande's popularity had already been in freefall.

The president's key problem, analysts said, is that a growing number of French voters simply do not believe he will be able to meet his promise of turning the economy around.

"The heart of the criticism of Hollande is that the French feel that a year after his election there has been no change in the economic situation," said Frédéric Dabi, a political analyst at IFOP.

"He has a better personal image than Nicolas Sarkozy, but there are doubts about his ability and competence," Dabi said.

Hollande has been pummelled with bad economic news since coming to power.

After stagnating in 2012, the French economy is expected to move into recession this year, with the International Monetary Fund predicting a contraction of 0.1 percent.

Unemployment has meanwhile grown for 23 months running, with the number of jobseekers surging to more than 3.2 million in March, beating a record set in 1997.

French industry has been particularly hard hit, with the symbolic closing of two blast furnaces at a steel plant in the northeastern town of Florange and thousands of job cuts at industry leaders like carmakers PSA Peugeot Citroën and Renault.

Hollande has even been forced to renege on a promise to bring France's deficit below the EU maximum of three percent of gross domestic product (GDP), raising fears of widespread spending cuts that could slow the economy further.

The president had vowed to spare the French painful cuts by boosting taxes on the rich and corporations, but one cornerstone of his effort, a 75-percent tax rate on incomes over one million euros, has gone down in flames.

The measure was declared unconstitutional late last year, but not before it alienated business leaders and top earners, sending some, like actor Gérard Depardieu, into tax exile.

Risk of disappointment on jobs promise

Hollande has scored a few wins.

His decision to send French troops against Islamist rebels in Mali was widely praised and enjoyed strong public backing. He was hailed as a hero in Timbuktu.

The government also managed to convince employers and leading unions to agree to labour law reforms that will give companies more flexibility and boost French competitiveness.

Hollande can take some solace in the fact his opponents seem in bad shape to pose a threat in the next nationwide polls – local elections in March 2014.

The main rightwing opposition UMP has suffered through a damaging public leadership dispute that remains unresolved and Sarkozy is facing a slew of legal troubles, including being charged in connection with a probe into illicit campaign financing.

Government insiders say they are not overly concerned by Hollande's poll numbers and believe his popularity will rise once a few key job creation reforms – including subsidies to employ young workers – start to have an effect.

But analysts say Hollande may have set himself up to face further public disappointment with a recent promise to reverse the rise in unemployment by the end of the year.

Dabi said jobs are the single most important issue for French voters and that by setting such a strict deadline, Hollande has left himself little room to manoeuvre.

"If this promise is not kept, the effects could be devastating for Hollande," he said. 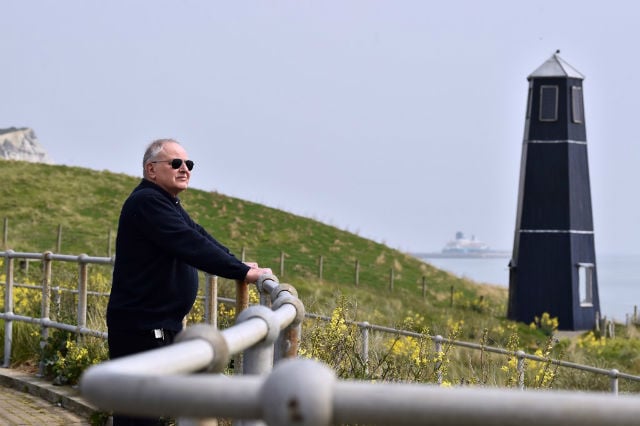