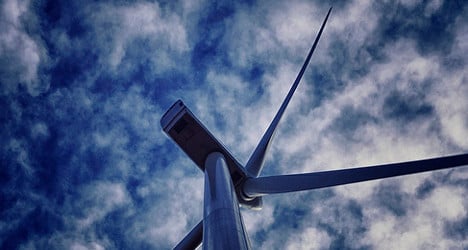 The wind farm miracle, which has left one French village with too much money to spend. Photo: Peter Rood

Normally mayors of towns and villages will complain about not have having enough money to spend but the mayor of Arfons, a village in the Tarn region of southern France has bucked the trend.

Alain Couzinié says the village has so much money they don’t know what to do with it.

“It’s like it has rained gold on the village,” Couzinie told France 3 television.

The secret of the commune’s laden pockets however has more to do with wind than showers of gold.

“The village will not have to worry about the immediate future. There will be no budgetary issues in the coming years," Couzinié told TF1.

The “wind farm miracle” as its being referred to has left officials in the Town Hall at a loss over how to spend their windfall.

Not wanting to blow it all away at once, a list of suggestions have been drawn up.

Among the measures proposed by staff are replacing the old village phone boxes, installing speed bumps to help with traffic calming as well as mounting a campaign to tackle hornets.

“I hope to see little projects done like putting flowers around the village or maybe planting some trees,” one content villager told France3.

The mayor however is not in a rush to spend the money. The wind farm should keep a steady flow of revenue blowing in for the next 20 years.