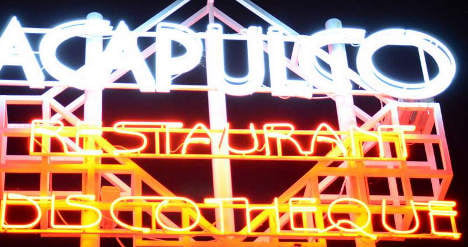 File photo of the Acapulco nightclub in Calvi, Corsica, destroyed by fire on the morning of April 26th.

One of the biggest nightclubs on Corsica has been destroyed by fire in what police suspect was an arson attack.

The Acapulco discotheque on the outskirts of the upmarket seaside resort of Calvi was unoccupied when it went up in flames around 3:00 am local time on Friday.

Sources said firemen had discovered gas canisters in the ashes and said the roof had been destroyed by a blast.

The owner of the nightclub told AFP he had recently put it on sale but prospective buyers had withdrawn their offer. He insisted he had not received any threats.

The incident had all the hallmarks of the involvement of the organized criminal gangs whose turf wars have been blamed for giving the idyllic Mediterranean island the highest murder rate in Europe.

The director of Corsica's national park, and mayor of Letia, Jean-Luc Chiappini was shot dead on Thursday in what was the third murder of a public figure on the island in the space of six months.

France's Interior Minister Manuel Valls blamed "mafia and criminal networks" for the slaying, the 10th murder this year on the island of 310,000 people.

There have been 29 since the start of 2012, most of them blamed on feuds between rival clans. The killings nearly all remain unexplained although three men have been charged with the murder of a top lawyer in October.