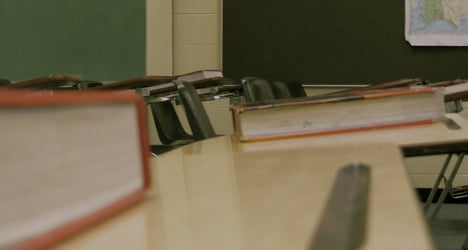 The English teacher, a 34-year-old woman, had a romantic affair with a 14-year-old pupil that began back in September 2011, according to a judicial source quoted by regional daily La Voix du Nord.

The relationship between the unmarried teacher and teen girl, which was described as consensual by both parties, according to reports, only came to light in December last year.

The young student’s parents consulted experts at a medical and psychological centre in Lille, who then reported the facts to nurses at the Louise Michel secondary school.

Local educational authorities then informed police, who placed the teacher – who has a clean criminal record – under investigation for “sexual assault of a minor under 15 years of age by a person in a position of authority” and “making sexual propositions to a minor by electronic means.”

According to media reports the teacher admitted the relationship with the pupil as well as the fact they had engaged "sexual acts" both at her house and the school.

When questioned by police the teenager reportedly maintained 'deep silences' in order to protect her teacher, a police source has claimed.

The teacher had already been transferred to a different school before her illicit romance was exposed, but prosecutors have freed her on the condition she must not visit her former place of work, or contact the girl in question or the girl’s family.

Although not required by the court, local education authorities have taken the “precautionary measure” of suspending the 34-year-old prof, pending her appearance in court, which has been set for June 3rd.