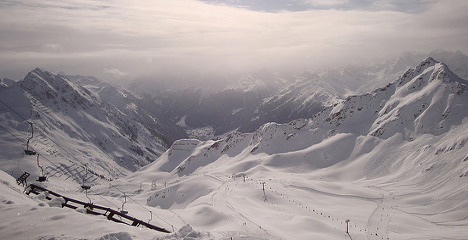 A man's body was found by hikers near the resort of Les Deux Alpes on Thursday evening. According to reports in the French media, authorities believe the body is that of Simon Daw, a 27-year-old British soldier who went missing in February.

“The body was dressed in clothes that match the description of those worn by the soldier when he went missing,” a member of the local Gendarmerie told French media.

An autopsy is to be carried out to try to confirm its identity as well as the cause of death.

Daw, from Cardiff in Wales, was last seen on the evening of February 13th, when he spent the night in a club with two friends. He had consumed some alcohol but not an excessive amount, a police source said at the time.

The soldier from the 1st Battalion The Royal Welsh, had failed to return to the apartment where he was staying with two friends in the nearby village of Venosc.

The soldier’s father and brother had visited the resort to try to raise awareness about Daw's disappearance. They put up a €10,000 reward for any information that lead to the soldier’s safe return.

Helicopter searches were carried out and a witness appeal was launched in the region, but authorities were unable to find any trace of the soldier.