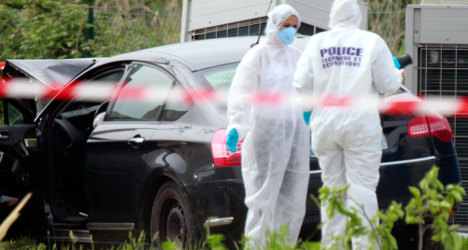 The Mediterranean island of Corsica, known as France's Isle of Beauty, was once again stained by violence on Thursday when Jean-Luc Chiappini, 65, president of the regional national park of Corsica (PNRC) and mayor of Letia was assassinated in cold blood near Ajaccio.

According to reports in the French media gunmen struck at around 1pm at a roundabout leading to the island's capital from the airport.

Chiappini, who had just landed after a flight from Paris, was driving his vehicle, a black Xantia, when he was ambushed near the roundabout at the Napoleon Bonaparte airport. He was hit with several bullets by an assassin riding as a passenger on a high-powered motorbike

His murder is their high-profile assassin of public figures on the island in the last six months.

Speaking to The Local from Corsica, the head of the Island's Executive Council, Paul Giacobbi, said the killing had all the hallmarks of a professional hit.

"These people were lying in wait for him on the road from the airport. They knew he was heading to Ajaccio at this precise time," said Giacobbi, who himself is living under police protection because of death threats.

"I am very sad. There will be an investigation and I hope the culprits will be found and charged."

Corsica’s criminal gangs have demonstrated in the past they are not scared of targeting high-profile figures.

In 1998, the island’s prefect at the time, Claude Erignac, was shot dead. Last year the region’s top lawyer Antoine Sollacaro, 63, and the head of the Chamber of Commerce and Industry for South Corsica Jacques Nacer, 59, were both gunned down in public.

"Murders between gangs is one thing but when it's a lawyer, the head of a chamber of commerce or like in this case a mayor, then it's worrying. It is hurting Corsica."

After the murder of a public official Giacobbi insists he is is not concerned about the fact he too may be targeted.

"I am not especially concerned about my own safety. I am protected by two policemen and I have every faith in them. They are very professional," he said.

Chiappini's murder is the tenth killing in Corsica, dubbed 'murder capital of Europe', since the beginning of the year.

France's Interior Minister Manuel Valls was also quick to react to the latest murder that has stained the island.

"Today  an elected official has fallen under a hail of bullets from his killers, » said Valls in a statement. “I strongly condemn this act and will ensure that every effort is made to challenge the perpetrators and bring them to justice.”

In June Corsica will be thrust to the centre of the sporting world when it hosts the Grande Depart of the 100th edition of the world's most famous cycling road race the Tour de France.

After the shocking death of the lawyer Sollacaro, who was gunned down at a petrol station in broad daylight, France’s Prime Minister Jean-Marc Ayrault vowed to take the necessary steps to halt the spiral of violence.

As part of his ten-point plan, the PM announced that funds would be given to bolster specialist investigative resources on the island, which would be geared to fighting against money laundering, especially in the real estate sector.

Although Giacobbi welcomed the government’s efforts to solve the violence, he said the measures did not go far enough.

“We need to have one man or one woman in charge of fighting crime in Corsica,” Giacobbi said. “In Marseille they decided to appoint a Prefect of police but in Corsica they said it would not be useful. This is completely stupid. The number of murders per population is four times higher in Corsica than in Marseille.