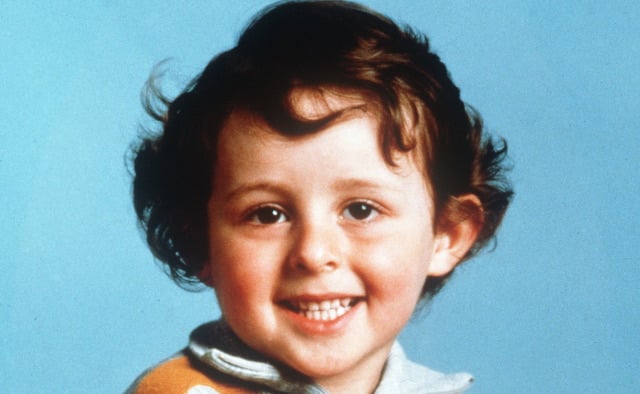 He was a four-year-old boy found drowned in the Vologne river near Docelles, in eastern France in October 1984. His unsolved death is the country's most high-profile unsolved murder cases. Tell me more about the case

The “Affaire de Grégory”, as it’s become known, has fascinated and horrified the French public for over three decades, and inspired at least seven books.

Here’s what we do know.

On the evening of October 16th, 1984 Grégory’s parents Christine and Jean-Marie Villemin received a chilling, taunting phone call from an unidentified person, informing them “I have taken the boy.”

After a massive police search, Grégory’s body was found in the Vologne river, about 7km from the family home in Lépanges-sur-Vologne.

The day after, the couple received an anonymous letter addressed to Jean-Marie. “I hope you die of grief, boss. Your money can’t give you back your son. Here is my revenge, you stupid bastard.”

We don’t know who sent the letter. But for four years before the murder, the Villemins had been plagued by anonymous phone calls, some of which they managed to record.

However, voice experts still haven’t been able to identify the caller. Years later, DNA tests, (of which there have been many) on saliva traces under the letter’s stamp were also inconclusive. Were there any suspects?

Initially the main suspect was Bernard Laroche, the first cousin of Jean-Marie Villemin.

Laroche’s 15-year-old sister-in-law Murielle Bolle had denounced him to police, claiming to have circumstantial proof he had murdered Grégory. Furthermore, handwriting analysis suggested Laroche had a strikingly similar signature to that found at the bottom of the letter sent on October 17th.

However, Laroche’s accuser later recanted and in February 1985, a judge freed Laroche from suspicion. But the same day, a furious Jean-Marie Villemin vowed, in front of journalists, that he would kill his cousin.

Incredibly, police refused to offer Laroche protection and, true to his word, Villemin shot dead his cousin on March 29th, as he left work.

Villemin was sentenced to five years imprisonment in 1993 for the killing, and Laroche’s widow, Marie-Ange, successfully sued the French state in 2002, for their failure to prevent Bernard’s death.

But the case got worse.

In 1985, local suspicions began to turn to Christine Villemin, Grégory’s mother. She had been seen in a post office on the day of the murder, and cords identical to the ones used to tie up Grégory were found in the basement of the family home.

Further handwriting analysis also seemed to implicate her, and she was held under suspicion in July of that year, before being released. A judge eventually took the rare decision to issue an order forbidding her prosecution, which largely served to clear her name.

Why is the case in the news now?

There is a new examining magistrates in charge of the case, and he reportedly held a series of witness interviews at the start of December, kick-starting the case back into action.

French media have also reported that a fresh expert's report has created the possibility of a new suspect in the case.

This follows developments earlier in the year in the appeals court.

In January 2020, the Paris Court of Appeal officially cancelled part of the testimony of Murielle Bolle. Muriel, just 15 years old at the time, implicated her brother-in-law in the case, but later recanted her testimony.

The court ruled that the way she was questioned – without her parents or access to a lawyer – was not in keeping with the French constitution and as a result officially cancelled her earlier interrogations.

In 2018 Murielle wrote a book claiming that the police had coerced her into making the accusations.

The case also received fresh interest with the release in early 2020 of a new Netflix documentary about the case. Simply called Gregory, the five-part series is an excellent in-depth look at the case and manages to speak to many of the people involved, including some of the journalists who played their part in turning the family's tragedy into a media circus. Will this be a breakthrough?

This is far from the first times that hopes have been raised that the shocking crime might at last be solved.

in 2017 police arrested three of Gregory's relatives, raising hopes of a breakthrough.

The police arrested Marcel Jacob, an uncle of Gregory's father, and Jacob's wife in the Vosges mountains.

Gregory's grandparents were also questioned but were later released.

The arrests “target people very close to the heart of this case and aim to clarify certain points and to provide answers to questions we have,” local prosecutor Jean-Jacques Bosc said in a statement.

No-one was ever charged as a result of these arrests but the original investigating magistrate in the case later committed suicide, citing in his letter the pressure of the reopening of the case.

So Gregory's parents continue to live with the fact that no-one has been brought to justice for the death of their little boy.