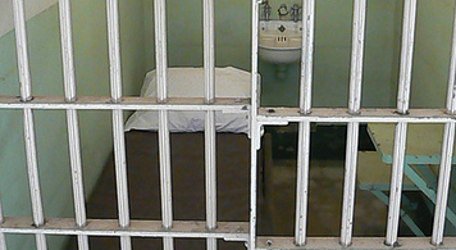 Enzo Canali was in 2006 sentenced to eight years in prison for murder. He was initially sent to the Charles III prison in the eastern city of Nancy where he served six months before being transferred to another facility.

In its ruling, the Strasbourg-based court said the conditions of the prison – which was closed in 2009 "on account of its extremely dilapidated state" –  forced Canali to live in cramped and unhygienic conditions.

It said this caused him to feel "despair and inferiority capable of debasing and humiliating him".

Canali's lawyer, Patrice Spinosi, said his client had had to share a cell measuring nine square meters with another prisoner and that the toilets had only been partially closed off.

He also said Canali had been able to spend only a very limited time outside his cell.