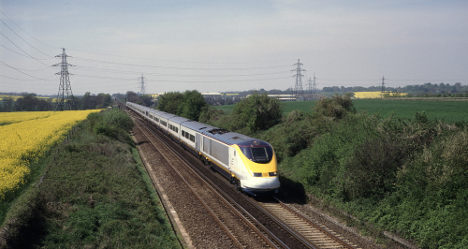 Eurostar is set to offer Londoners an easy route down to the sunny climes of Aix-en-Provence for a trial period from May 4th to June 29th, according to an announcement from the company on Wednesday.

One train each Saturday will leave St. Pancras International station in London, stopping at Lyon, in the east of France, and Avignon in the south, before arriving at the picturesque town of Aix-en-Provence.

“We hope that British expats living in the south of France will make the most of the service, but also families coming from Britain for their summer holidays,” a spokeswoman for Eurostar told The Local on Wednesday.

The company has announced it would only evaluate the demand for the extended service after June 29th, and they would consider making it permanent in 2015 if it proves to be a success.

Round-trip tickets start at €109 for a standard seat, and €229 for a premier class seat, which includes a free meal.

Holiday-makers tempted to escape to the south of France, or expats looking to visit home, however, will need to hurry.

Three quarters of the places have already been snapped up, and three trains are already sold out, Eurostar's stations director Mikael Lemarchand told a press conference on Wednesday.