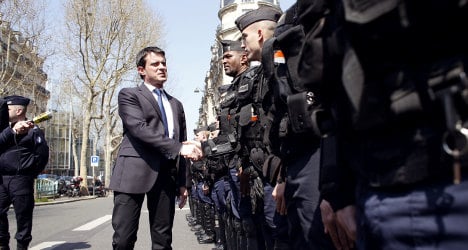 The chief of Paris police announced on Monday that he has increased officer numbers in areas particularly frequented by members of the gay community, to avoid a repeat of recent savage attacks on gay people in the French capital.

The city’s police commissioner, Bernard Boucault, told local officials that law enforcement numbers had been “reinforced in the busiest places and times in the most affected neighbourhoods,” according to TF1 television.

The move comes amid claims of a recent rise in homophobic incidents and after a number of high-profile and shocking attacks on gay people.

This is a phenomenon which some have attributed to the increasingly radical rhetoric of those opposed to the government’s bill to legalize gay marriage and adoption for same-sex couples.

Earlier in April, president of gay-rights group “SOS Homophobie”, Elizabeth Ronzier told The Local: “We have seen a 30 percent rise in the number of homophobic incidents since October. This is a result of the opposition towards the gay marriage bill.

“These people say they are not homophobic but they are. Homophobia has become trivialized, which is proved by the number of verbal assaults on gay people, which often to lead to physical assaults,” Ronzier added.

She was speaking after the savage beating of Wilfred de Bruijn and his boyfriend Olivier on the night of April 6th, in the 19th arrondissement of Paris and last Friday a gay man was punched and kicked unconscious as he left a bar in Lille.

Gay bars in Bordeaux and Lille have also been targeted by vandals.

Addressing these assaults, which have been widely condemned as homophobic in nature, Boucault reassured local officials on Monday that “everything – absolutely everything – is being done to identify those who committed these, and to hand them over to the courts,” according to TF1.

The police commissioner added that contacts had been established with the owners of establishments popular with the gay community, and that a “very thorough intelligence service” had been set up, to counter any possible attacks on the LGBT community.

Members of Paris's gay community who spoke to The Local on Tuesday said they felt a rise in homophobic atmosphere in recent weeks and made it clear where the blame lay.

The Open Cafe, a famous gay bar in the Marais where some patrons blame the opponents of gay marriage for a rise in homophobia.

"It's obviously because of the people fighting against gay marriage. The assaults against gay people are sad, but on the other hand it shows the true colors of the people against this law. These attacks will actually work against them," said Philippe Blaise, at the famous Open Cafe in the Marais.

"They say they are not homophobic but they are and at the very least they are intolerant.

"I think in a years time, the people who were at these protests will feel ashamed of what they did," he added.

Philippe Benhamou: "There has always been homophobia in France".

At another famous Marais café, Carrefour, Philippe Benhamou said the protests had shown that homophobia has always existed in France.

"For me, what's more important than the police increasing their presence, is that they take any kind of homophobic attack seriously and they the culprits are severely punished."

Benhamou, who was raised in Canada said he has been shocked by the level of opposition to gay marriage in France.

"I always considered France as an open country, but this opposition comes from deep down in their culture."

Another member of the gay community, Jean-Pierre Breul, told the Local he expected the protests to continue even if the bill becomes law.

"These protests are political now, the UMP are using the as a chance to attack Hollande. They are manipulating people." 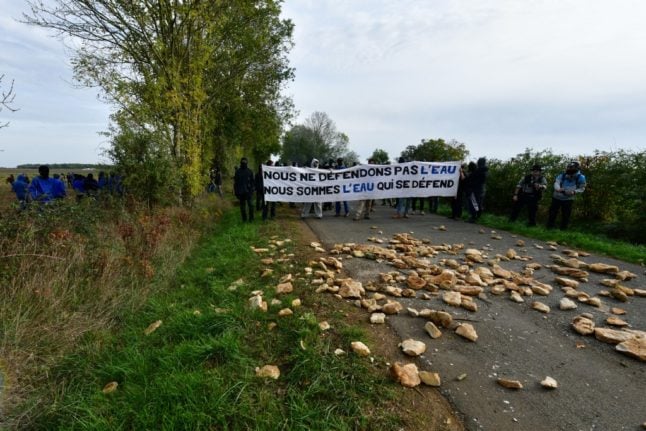