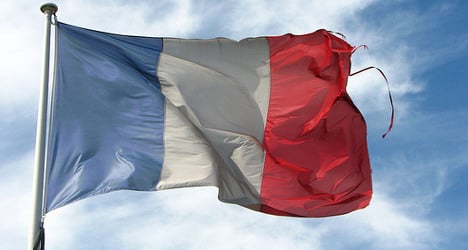 Young children need to learn the values of the French Republic from an early age in schools. This is the idea behind proposals put together by Education Minister Vincent Peillon for pupils to take lessons in “secular morality” or morale laïque as it is called in France. Details of the plans were presented to the French parliament on Monday.

As French media pointed out the presentation of Peillon’s plans comes at a time when the French people have been calling for politicians to show a bit more morality themselves, in the wake of the tax fraud scandal that engulfed ex-Budget Minister Jérôme Cahuzac.

The move to encourage the promotion of “secular morality” comes after President François Hollande vowed to strengthen the values of the French Republic during last year’s Presidential election campaign.

In his mission statement, Peillon declared: “Teaching and sharing the values of the Republic is a responsibility for each school.”

In primary and secondary schools, one hour a week will be devoted to the teaching of "secular morality". But the subject will not be taught as a separate subject with dedicated teachers as was first envisaged by Peillon. Instead, the hour a week dedicated to the values will take the form of debates rather than formal teaching.

Teachers will be given special training on how to lead debates on issues where religions take a different stance.

Students will be evaluated individually based on their knowledge and behaviour.

In the past the minister has said that secular morality serves “to understand what is right and to distinguish good from evil”.

Secularism or laïcite is a big deal in France, especially when it comes to education. Recently, a court overturned the sacking of a nursery school teacher for refusing to take off her veil. In response, deputies from across the political spectrum decried the ruling as an attack on secularism.

Although lessons on civil morality are currently given in schools, Peillon wanted them to be more structured.

“Secularism creates a hierarchy of values, which places the common good, equal rights and respect of each person over specific cultures and traditions, whatever they may be,” Peillon wrote.

The announcement received a mixed reaction from France's teaching unions.

“We would have preferred to have a dedicated subject included in the timetable,” François Portzer, President of the National Association of Lycées and Colleges (SNALC) told Europe1 radio.

Without a specific framework to a class, Portzer believes the subject material will be “watered down”.

However, head of the SNUIPPfsu union Sebastian Sihr welcomed the fact the values of secular morality will not be taught as a standard lesson.

“Instead of the teacher just writing the values on the blackboard to be learned by heart the pupils will be able to debate certain issues and reflect upon common values and the values of the French Republic,” Sihr told The Local.

Not everyone in France agrees with Peillon and Hollande's bid to learn moral values.

When the minister first announced the proposals last year, his predecessor, Luc Chatel from the opposition UMP party said the plan had echoes of a similar call by Marshall Pétain who led the Nazi-allied regime, known as Vichy France, during World War II.

Chatel said Peillon’s quest to seek the “intellectual and moral re-education” of France’s young people copied “word for word the call of Marshal Pétain on June 25th, 1940” when he promised to rid France of its “moral decadence”.

Henri Pena Ruiz, a philosopher and specialist in moral secularism, has also been critical of Peillon’s plans.

Secular morality debates will become the norm in French schools from September 2015 once the project is passed by the French parliament.