The main suspect, Jean-Michel Baroche, 67, who was imprisoned last year along with four others, was handed a seven year sentence and a 200,000 dinar ($2,500) fine after he was found guilty of rape and forced abortions.

His business associate and driver, Reda Briki, got a six year sentence, while Saadni Abdenacer, the former vice president of Annaba municipality where the trial took place, was given four years.

Two others, a gynaecologist and a communications officer in the same region, were both jailed for a year and another three Algerians, who had been released on bail, were acquitted.

Baroche set up a modelling agency, Glamour Arabian Talent, in the northeastern town of Annaba, after leaving Tunisia in the wake of the January 2011 uprising, where he claimed to have set up a luxury car rental agency and managed hotels.

The Algerian press reported that he took would-be models to a luxury villa where he held sex parties that were filmed and the videos sold on the Internet.

He was charged after a young woman accused him of rape.

The accused were tried on 11 separate charges, including indecent assault, producing and publishing pornography, inciting debauchery and possession of drugs.

The prosecution had sought 10 year jail sentences for Baroche, Reda and Abdenacer, and five years for the local government official for complicity. 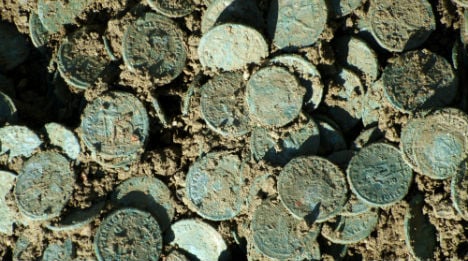