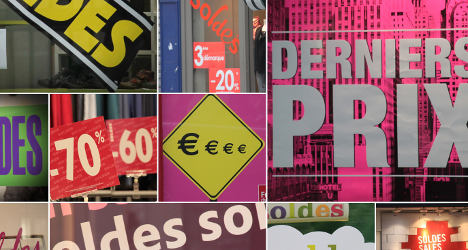 France's Minister of Consumer Affairs Benoit Hamon, announced on Thursday he will propose the introduction of US-style class action lawsuits at the government’s May 2nd cabinet meeting.

Hamon labelled the legal instrument a “weapon of mass deterrence” against fraud, price-fixing and other consumer violations, in an interview with French daily L’Express on Wednesday.

“For 20 years, employers’ organizations have been blocking this democratic progress, and for 20 years the French consumer has been under-protected,” Hamon told L’Express.

During their tenures, former Presidents Jacques Chirac and Nicolas Sarkozy both unsuccessfully attempted to establish class action lawsuits, which allow groups of individuals to collectively sue a defendant or group of defendants, without separately having to file a case and hire a lawyer.

The minister’s planned legislation will offer a more limited version of class action litigation than is found in the United States, for example.

Firstly, under the proposals collective lawsuits will have to be brought through one of France’s 16 officially recognized consumer associations, and secondly, compensation would only be able to be sought for material damages arising from a company’s legal or contractual violation.

Furthermore, whereas in the United States, class action suits are often pursued over public health scandals, under Hamon’s plan collective litigation would be limited to grievances over competition and consumer breaches.

However, there would be no minimum number of plaintiffs required to bring a case, and perhaps most significantly, no upper limit to financial damages.

Employer groups, led by the national Medef union, have reacted critically to the plan, in particular the increase in possible damages for cases of consumer violations.

Hamon, however, offered a staunch defense of the proposal, “Is it really shocking to increase sanctions for companies who lie, cheat and can bring down entire industries with them? I don’t think so.”

For its part, France’s biggest consumer group, UFC Que Choisir, has cast doubt on the potential effectiveness of Hamon's plan.

“The process [of claiming damages] can take a very long time. Consumers who are notified 15 years later won’t have the evidence or their receipts anymore,” Alain Bazot from UFC Que Choisir told Europe 1 radio on Thursday.

“We have to set clear deadlines, so that justice can be delivered swiftly,” he added.