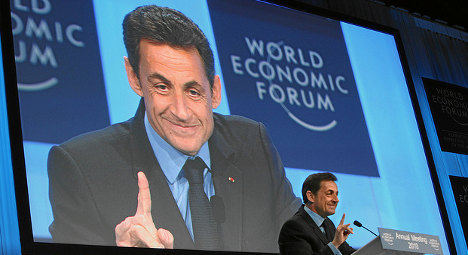 Since losing to Socialist Francois Hollande in the presidential election in May, Sarkozy has had to battle a string of allegations relating to his five years in office and various electoral campaigns he was involved in.

According to a source close to the opinion polls case, Thursday's raid took place at the office and home of Patrick Buisson.

The probe centres on a lucrative contract for opinion surveys allegedly awarded without tender by Sarkozy to Publifact — a firm run by Buisson.

Early this year, it was widened to look into all polls commissioned during Sarkozy's tern between 2007 and 2012, and seeks to determine whether Sarkozy misused public funds to pay for them.

It is just one of the allegations against Sarkozy, who lost his immunity from prosecution after losing the election to Hollande.

Last month, he was charged with taking financial advantage of France's richest woman as part of a probe into illegal party funding, an event that sent shockwaves through France's political circles.

Two close aides to Sarkozy have also been charged by judges investigating alleged kickbacks on a Pakistani arms deal concluded when he was budget minister.

Claims were also made during this year's election campaign that late Libyan strongman Moamer Kadhafi's regime financed Sarkozy's 2007 campaign to the tune of 50 million euros, but no investigation has been opened.

Sarkozy is pursuing a defamation suit against Mediapart – the news website that uncovered the current tax fraud scandal rocking Hollande's government – over its reporting of the allegations.