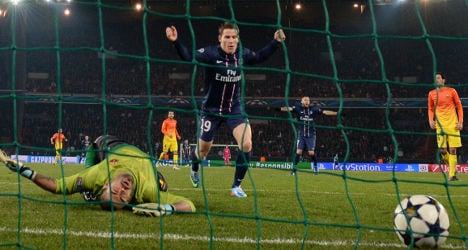 Ancelotti said that he could not fault his team's performance, but bemoaned Stark's decision to award the visitors a late penalty and admitted that the result leaves his team with a lot of work to do in the return.

"I don't think it was a good result," he said. "We played very well in the first half, but the two goals we conceded were gifts.

"The first goal was a gift to Messi on the edge of the box, and the second was a gift by the referee.

"I don't think it was a penalty, I think (Alexis) Sanchez was looking for the contact from (goalkeeper Salvatore) Sirigu.

"We have experience of him, because he dived when we played them in a friendly in August.

"I am not happy with the result," he added, although the former AC Milan and Chelsea boss believes his team can unsettle Barcelona in the second leg.

"You have to defend against Barcelona, but when you have the ball you will have chances to attack and be dangerous. "I am confident that we can do something there."

Barca appeared to have snatched the win when Xavi Hernandez converted from the spot in the last minute of normal time after Zlatan Ibrahimovic had cancelled out Lionel Messi's first half opener.

The penalty was awarded when PSG goalkeeper Salvatore Sirigu charged out and brought down Alexis Sanchez.

Messi put the Spanish giants into a 38th minute lead when set up superbly by Daniel Alves.

This was the Argentine four-time world footballer of the year's 57th goal in all competitions this season.

But Messi's night came to a premature end when he suffered a right hamstring injury and failed to emerge for the second half. He is due to undergo tests to determine the extent of the damage on Wednesday.

Ibrahimovic, who had an unhappy one season spell with Barca, put PSG back in the game when pouncing on a rebound after a Thiago Silva header in the 79th minute ricocheted off the far post.

Then Matuidi popped up in the fourth minute of injury time to give PSG hope for the return leg at the Camp Nou next week.

It was the veteran midfielder's first champions League appearance since coming on as a substitute for AC Milan in a 4-0 drubbing by former club Manchester United at Old Trafford in 2010.

Beckham, speaking to ITV television, reflected: "In the first half, especially the first ten minutes we had a few very good chances, then they got their goal, it was an uphill battle but I think we deserved a draw tonight."

On being named in the starting line-up he said: "The manager has shown a lot of confidence in me in games and in big moments, tonight was a big moment for the club.

"I'm pretty much at the same level as I was at AC Milan, it was only three years ago, I'm enjoying being part of these nights again, they don't get better than this."

On PSG's prospects to qualify for the semi-finals he added: "Our chances are better than they were at 2-1 – it's going to be difficult but no reason not to go there and get a result."

And ever the gentleman he offered good wishes to the injured Messi, saying: "We all hope Messi is fit and ready to go – we wish him the best." 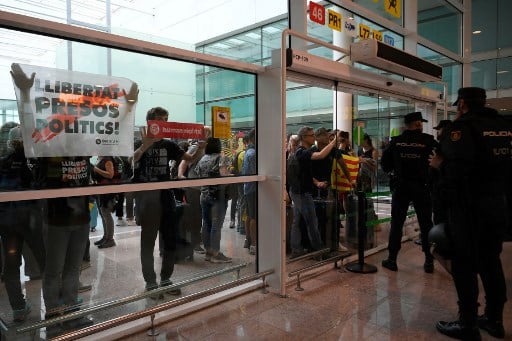