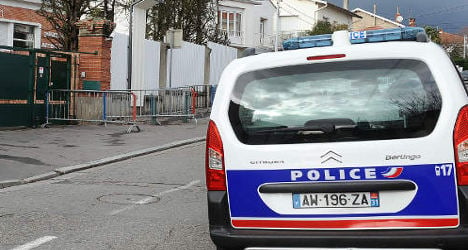 The 32-year-old woman, identified only as Ms. C, had been in custody since Sunday, when her partner called officers to the house after discovering one of the corpses. When police arrived at the home, they found the second body.

"She has said that she killed the two babies by drowning and that both of them were born alive," the prosecutor in charge of the case, Denis Mondon, told reporters.

The babies were both boys and died in autumn 2011 and autumn 2012 respectively, according to the woman's confession, the prosecutor said.

If autopsies confirm that the babies were drowned alive, Ms C. will be charged with aggravated murder as she had a previous conviction for infanticide."

"In the state they were discovered it is very difficult to establish the age of the corpses and whether they were new-born or still-born," Mondon, told AFP.

Local newspaper Le Progrès reported that the woman, a waitress, had been convicted in 2005 of killing a new-born child she had given birth to in 2002 after a pregnancy she had hidden from friends and family.

In that case, the woman's mother was convicted of helping her daughter to dispose of the body, according to Le Progrès.

In a separate tragic incident on Tuesday, the body of another baby was found buried in a planter outside a block of flats in Pantin, a suburb north-east of the French capital.

The macabre discovery was made by the caretaker of a building after his dog began digging up the soil, French daily Le Parisien reported.

An investigation has been opened by police and an autopsy is due to be carried out on the baby, the age of which has not yet been determined.