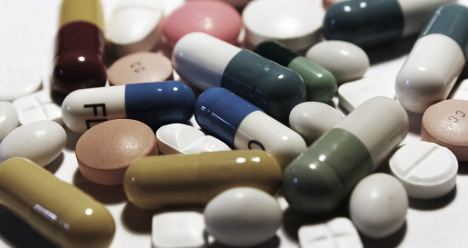 According to the report by France’s Medicines Agency (ANSM), which looked at the years from 2000 to 2011, the premature deaths are related to pulmonary embolisms (blocked arteries).

The agency published its report on Tuesday in the light of warnings issued earlier this year on the dangers of taking 3rd and 4th generation pills.

The new report appears to confirm fears that newer generation of pills pose a greater risk of causing thrombosis. Of the 20 deaths each year, 14 are due to the these latest generations of contraceptives and 6 are linked to 1st and 2nd generation pills.

In a statement following the release of the report the ANSM said: "We remind people that there are a large variety of methods of contraception and health professionals are the best placed to inform and help women choose the method of contraception that best suits them."

France have asked the European Medicines Agency (EMA) to change prescription guidelines for so-called 3rd and 4thgeneration oral contraceptives after these drugs were found to carry a higher risk of blood clots compared to earlier versions.

The agency, describing contraceptive pills as carrying only "a very rare risk" of clots, said a special panel would assess whether European guidelines for these drugs should be changed.

The Medicines Agency also found that out of the 2529 women affected by blood clotting each year 778 cases related to 1st and 2nd generation pills and while 1751 were attributed to 3rd and 4th generation contrraceptives.

Contraceptive pills are used by around 4.27 million women each year in France. Sales figures for the pill in February reveal the much publicised health scares have had a significant impact on women taking the contraceptives. According to ANSM sales of 3rd and 4th generation of pills fell by 34 percent whereas sales of 1st and 2nd generation pills  rose by 26 percent.

In January this year France decided to suspend sales of an acne drug whose use as a birth control pill has been linked to the deaths of four women.  ANSM suspended sales of a hormonal treatment called Diane-35, which had been prescribed to 315,000 women in France.

The product, made by the German firm Bayer, is authorized for treating acne in young women, but doctors had been prescribing it as a contraceptive because it stops ovulation.

Diane-35 is sold in 116 countries around the world, according to the ANSM website. Over 25 years, four women have died and 125 fallen ill from blood clots attributed to Diane-35, according to ANSM.