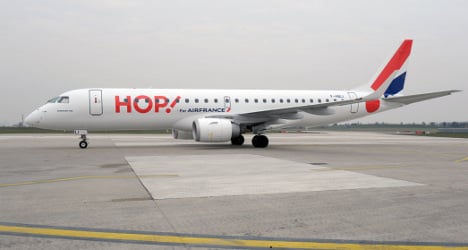 One of the 98-strong fleet of Hop! aircraft unveiled on March 26th at Paris Orly airport. Photo: Eric Piermont/AFP

The airline unveiled its first fleet of aircraft at Paris Orly airport on Tuesday, in preparation for their virgin flights on March 31st.

The new airline is the result of a merger between Air France’s subsidiaries Britair, Regional and Airlinair, and with one-way tickets starting from €55, is an effort to rival established budget operators like easyJet and Ryanair.

Most of the 530 daily flights will be within France, but passengers will also be able to jet between towns and cities across Europe, from Budapest in Hungary to Aberdeen in Scotland.

Hop! will offer passengers three different price packages, the cheapest of which will be a one-way ticket for €55 available only to those travelling without luggage.

There will be a Basic Plus service and a Maxi Flex offer which will allow customers to cancel and change tickets free of charge.

The company hopes the budget airline will stem the increasing share of the French market held by other low-cost operators, which currently stands at 20 percent.

“It will be a real challenge, but one way that Hop! could succeed is by feeding passengers into Air France’s long-haul network,” he said.

“If I fly Hop! from Nantes to Paris, and then onto Singapore, that second leg is what could work for Air France, while Hop! itself may just have to function as a loss-leader,” he added.

The merger is conspicuous for its exclusion of CityJet – Air France’s loss-making subsidiary based in Ireland – a fact that did not escape Watkins' notice.

“The launch of Hop! seemed like an obvious chance to merge all four [Air France] subsidiaries, but CityJet has been left out, which begs the question ‘Why?’”

The Irish subsidiary has experienced some turbulence in the last year, with its Paris-based pilots threatening to strike last Christmas, and a French court fining the airline for paying its French employees under Irish contracts. 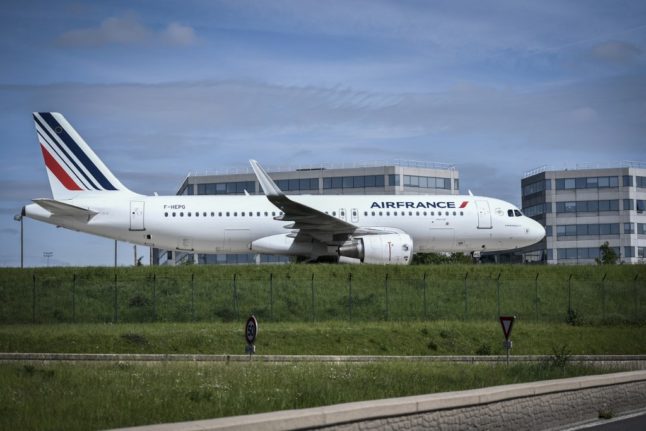 TRAVELLING TO FRANCE
EU to make face masks compulsory on all European flights for passengers aged 6 and over
Url copied to clipboard!