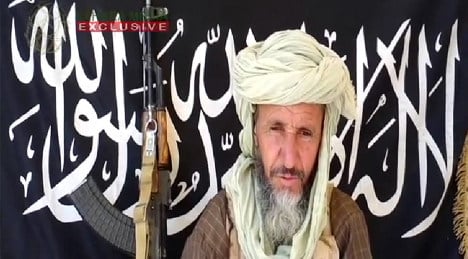 Considered one of the most radical leaders in Al-Qaeda's north African branch, the 46-year-old is credited with having significantly expanded the terrorist group's field of operation to Tunisia and Niger, and for kidnapping activities across the region.

French President Francois Hollande "confirms Abdelhamid Abou Zeid's death with certainty during fighting led by the French army in the Ifoghas mountains in northern Mali in late February", the Elysee palace said in a statement.

"The elimination of one of the main leaders of AQIM marks an important stage in the fight against terrorism in the Sahel."

An advisor to Mali's interim president Dioncounda Traore called the announcement of Abou Zeid's death "excellent news". "It is a blow for terrorists," he said.

Abou Zeid's death was first announced on March 1st by Chadian President Idriss Deby Itno, whose army is fighting alongside French troops to secure the Ifoghas.

French Foreign Minister Laurent Fabius had said after fierce fighting in the Ifoghas in late February that DNA tests would be carried out to determine whether the two had in fact been killed.

But France has still not confirmed the death of Belmokhtar, who split from Al-Qaeda and masterminded a January raid on an Algerian gas plant that left 38 hostages dead.

A US official told AFP Saturday that Belmokhtar's status was still "not clearly established".

Abou Zeid had a reputation for being a severe, aloof character with an unflinching capacity for violence when required.

Born in Debdeb in Algeria, close to the border with Libya, Abou Zeid was a young activist in the FIS Islamist movement that won the country's first democratic elections in 1991 but was denied power. He then disappeared underground for most of the 1990s.

He re-emerged spectacularly in 2003 as second in command of the GSPC group which kidnapped 32 foreigners in southern Algeria, and that would later, along with several other organisations, evolve into AQIM.

French aid worker Pierre Camatte, who was held by Abou Zeid's henchmen for 89 days at the end of 2009, said the leader's death would severely hamper AQIM.

"The organisation has been decapitated," he said.

Camatte met the man responsible for his kidnapping four times and recalls a distinctly cold character. "The other kidnappers consulted him all the time but he mixed very little with them," the aid worker told AFP.

Latterly, Abou Zeid — whose real name is Mohamed Ghdir according to Algerian court documents — was considered a deputy to AQIM's "Saharan emir" Yahia Djouadi and commanded a katiba, or battalion, of fighters from Mauritania, Algeria and Mali that was known as Tareq Ibn Ziyad.

Mali descended into chaos in the wake of a March 2012 coup, as Al-Qaeda-linked Islamist rebels capitalised on the power vacuum to seize a Texas-sized triangle of desert territory in the north.

France launched its intervention in its former colony on January 11th to stop the Islamists from advancing on the capital, Bamako.