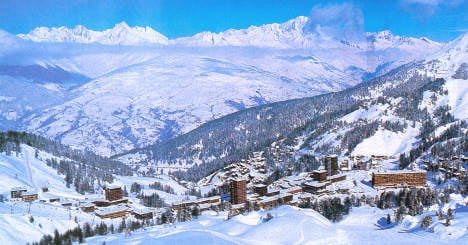 Louis Robertson from Glasgow went missing on Wednesday night. His body was discovered on Friday at 7:50am in the Lovatière stream at the centre of the resort, French daily Le Parisien has reported.

Robertson was leaving a bar at the Plagne ski resort to go to another. It was reported that he had fallen into the stream where his body was discovered.

"He appeared to have taken a shortcut by passing through a snow-covered area, and was unable to get back to the path," a staff-member from the resort was quoted as saying.

The paper reports that the young Glaswegian had arrived at the resort on Sunday for a week-long holiday along with two friends.

"The conditions of his death lead us to believe that it was an unfortunate accident," a policeman commented.

The death is one of a series of British fatalities in the Alps region this winter and comes just days after British father and son Peter and Charlie Saunders were found dead in the Mont-Blanc massif on Sunday.

Their bodies were found a day after contact was last made with the 48-year-old father, who had called an emergency centre to say that his son had had a fall and was out of reach. Rescuers lost contact and launched their search with little information on the exact location of the hikers.

On January 30th, 19-year-old Lucy Sallis from Bognor Regis was found dead in an outdoor swimming pool at the Alpe d'Huez ski resort.

Two weeks later, British soldier Simon Daw, 27, from Cardiff in Wales went missing after a night out with friends at the Deux Alpes resort.