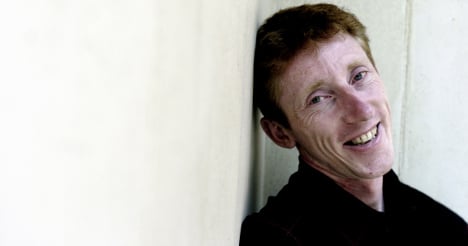 Who is Patrick Dils?

Patrick Dils is a 42-year-old French man falsely condemned to life imprisonment for the brutal murder of two children in 1986, when he was just 16 years of age. In 2002 his conviction was quashed by a court and Dils was set free.

On Thursday, a court decided it had enough evidence to try France’s most notorious serial-killer, Francis Heaulme, for the murders of Cyril Beining and Alexander Beckrich, who were both aged 8-years-old when they were killed in 1986.

Back in 1986, Dils was a 16-year-old baker’s apprentice in the eastern city of Metz.

On September 28th, Cyril Beining and Alexander Beckrich were savagely beaten to death with rocks, near train tracks in the Metz suburb of Montigny-lès-Metz in eastern France.

Dils lived on the same street as them, and after an anonymous caller told police he was the killer, Dils was arrested.

After days of intense police questioning, Dils admitted to the murders. At his trial, a psychologist later testified that Dils had a mental age of eight, and didn’t understand the interrogation process.

On January 27th, 1989, he was sentenced to life imprisonment, an unusually strict punishment for a minor in France.

What evidence did the police have?

None. All they had was Dils’ confession. Police interviewed two other men who worked nearby – one of whom even told detectives that he had roughed up the two boys on the day of the murder, ‘one named Alexandre’, for messing about in a nearby skip. But police ignored this, apparently convinced Dils was the killer.

So how did Dils get out of prison?

This is where the dark figure of Francis Heaulme comes into view. Known in France as ‘le routard du crime’ (The Criminal Backpacker), Heaulme is thought to have murdered dozens of people, while cycling throughout France during the late 1980s.

In 1994, police discovered that at the time of the Metz murders, Heaulme had worked just 400 metres away from the scene of crime, but they took no action.

In 1999, already serving life in prison, Heaulme told police, with chilling precision, that he had been in Montigny-lès-Metz on September 28th, 1986, and that there had been two boys throwing rocks at passers-by, and aiming at him.

An investigator asked, “Would you be capable of killing two little kids for throwing stones at you?” Heaulme replied, “Yes. I strangled [ten-year-old] Joris Viville just because he was annoying me.”

Although it was now accepted that France's most infamous child-killer had been present at the train tracks that day, it still took a few more years of legal wrangling before Dils was acquitted and released in 2002, having spent almost half his life in prison for horrific crimes he didn’t commit.

How is he doing since his release?

In 2003, he was paid €700,000 by the French state, a record compensation payment for a miscarriage of justice.

After news broke on Thursday that Francis Heaulme would be tried for the 1986 murders, Dils told Europe 1 radio, “I’m satisfied. I’m not jumping for joy, but I’m satisfied that justice is persevering, and that we’ll finally see a solid outcome.”

“If the death penalty still existed, I wouldn’t hesitate in calling for it,” the lawyer prosecuting Dils told the court at his trial in 1989.

Dils showed amazing magnanimity and perspective when talking to Europe 1 about Francis Heaulme on Thursday, despite having every reason imaginable to be bitter and angry.

“He deserves to be considered innocent until proven guilty – even Francis Heaulme. Back then I wasn’t given the presumption of innocence. People pointed the finger at me, and I was treated like the worst monster on the face of the earth, even though I was perfectly innocent. I won’t make that mistake today,” he said.