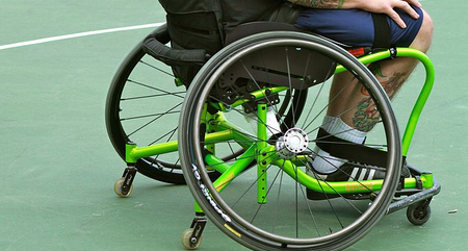 The man driving the initiative rejects suggestions the services, which are currently illegal in France, will constitute a form of prostitution, insisting it will be free of charge and run by charities for the disabled using voluntary workers.

“We make sure disabled people have access to public transport and housing rights but giving them access to sexuality has never been considered,” Jérôme Guedj, the president of Essonne’s Gernal Council told Le Parisien on Thursday.

“This is not prostitution. I am opposed to the selling of one’s body. This will not be a public service of prostitutes,” he added. “We want to consider a legal and ethical framework for this complimentary service to assist disabled people.”

Guedj’s words have been greeted warmly by organisations in France that promote the rights of disabled people.

“This initiative, a first in France, is really interesting,” Pascal Ribes, vice-president of the French Association of Paralysed (APF) told Le Parisien. “There is a real denial of the sexual dimension of being a severely disabled. When a regional authority shows it is willing to go break a taboo and find an answer to this problem, it is very encouraging.

“Sexual arousal is just as much about nudity, touching and massages as it is about the act of sex itself,” Ribes added.

Although currently banned in France sexual assistance for disabled people is legal in Belgium, Hollande, Denmark and Switzerland.

Essonne, however, looks like it will have to go it alone after France’s national ethics committee recently announced it opposed the use of so-called sexual assistants for the disabled.

The National Consultative Ethics Committee (CCNE), which advises the government on health issues, said it saw too great a risk of abuse to back "professional" use of sex helpers.

"The beneficiaries are vulnerable people who are at risk of an emotional investment in the sexual assistant," the CCNE said.

"It is not possible to give sexual assistance a professional status like other activities, given the principle that the human body cannot be used for commercial purposes." It recommended that carers be trained in the sexual needs and dignity of the disabled.

The Essonne initiative is at its early stages with a vote set to take place on Monday on whether to push ahead with the project. If agreed then a working group will start examining all proposals in detail from April and will report back by the end of the year.