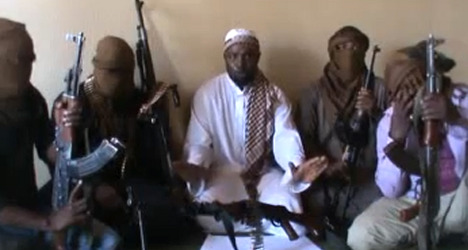 A French foreign office spokesman said Paris was trying to verify the report of the killing of Philippe Verdon, who was kidnapped in November 2011, adding that "we don't know at the moment" whether it was reliable.

The private Mauritanian news agency reported that someone calling himself Al-Qairawani and claiming to be a spokesman for Al-Qaeda in the Islamic Maghreb (AQIM) group told them that the "spy" Verdon had been executed "on March 10 in response to France's intervention in Northern Mali."

"The French President (François) Hollande is responsible for the lives of the other French hostages," he warned.

In all 15 French nationals, including Verdon, are being held captive in Africa, with AQIM claiming responsibility for six of the kidnappings.

Verdon was seized on the night of November 24th, 2011 along with Serge Lazarevic. According to their families the two men had been on a business trip and were kidnapped from their hotel in Hombori, northeast Mali.

The families denied that the two men were mercenaries or secret service agents.

AQIM swiftly claimed responsibility for the kidnappings and in August last year a video showing Verdon describing the "difficult living conditions" was released on a Mauritanian website.

The hostages' families have in recent weeks expressed growing fears for their loved ones in the light of France's military actions in Mali.

Earlier Tuesday, Verdon's father Jean-Pierre Verdon complained that the families were hearing nothing from the French authorities.

"We are in a total fog and it is impossible to live this way," he told RTL radio. "We have no information."

Asked about France's refusal to pay ransoms to kidnappers, Verdon senior replied that the families had no say in such "decisions of state".

Paris deployed forces in Mali on January 11th to help stop Al-Qaeda linked fighters who had controlled the north of the country since April 2012 from moving southward and threatening the capital Bamako.

France now has more than 4,000 troops on the ground in Mali, of whom about 1,200 are currently deployed in the northeast, carrying out clean-up operations after driving out most of the Islamist rebels from the area.

There are still pockets of resistance in areas such as Gao, which have witnessed stray attacks and suicide bombings since the Islamists fled.

The French troops in the region are backed up by African forces. Soldiers from Chad, whose experience and training has made them key in the French-led offensive, have also suffered casualties with at least 26 deaths.

On Tuesday the French army announced that 15 Islamist fighters had been killed in recent days in the northern Mali region of Gao, with the seizure of a large cache of arms and ammunition.

The AQIM source cited by the Mauritanian news agency refused to confirm reports that top Islamist rebels, Mokhtar Belmokhtar and Abdelhamid Abou Zeid had been killed in Mali earlier this month.

France has been carrying out DNA tests to determine whether the militant leaders are among those killed in recent fighting in Mali.