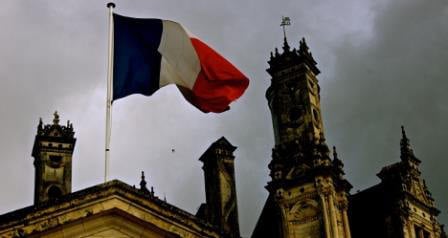 Fatima Afif was sacked in 2008 by the ‘Baby Loup’ crèche in the Paris suburb of Yvelines, after she refused to take off her Muslim veil at work.

Five years and two failed appeals later, Afif finally had her sacking declared invalid by France’s highest appeals court on Tuesday, which ruled it represented "discrimination" on the grounds of religious convictions.

The judgement has sparked a wave of angry reactions from French politicians from across the political spectrum.

‘A dark day for secularism in France’

Interior Minister Manuel Valls – who had publicly supported the crèche since the case emerged – was one of the first politicians off the mark in condemning the court’s decision.

“This puts secularism in France in doubt," he told the National Assembly, shortly after the verdict was announced.

Valls, a Socialist, had the support of many opposition, centre-right UMP deputies in the chamber, including Eric Ciotti who declared the court’s decision “a severe blow against secularism” and a victory for “the claims of ethnic groups, to the detriment of republican values,” according to French television TF1.

The Radical Party of the Left denounced the court’s decision to uphold Afif’s religious freedom as “absolutely ludicrous,” “alarming” and “anti-secular.”

Lawyer and former government minister Jeanette Bougrab summed up the mood of many secularists.

“This is a dark day for secularism in France… It’s like a feeling of mourning. My republic is dying," the former head of the Equal Opportunities and Anti-Discrimination Commission (HALDE) told Europe 1 radio.

France’s tradition of strict church-state separation, known as ‘laïcité’ (secularism) has been applied in recent years by a number of controversial laws.

In 2004, the government banned the wearing of religious symbols in public, state-run schools, and in 2011 made it illegal to wear any face-covering garment in public, including the niqab, a face-covering veil which is part of the Islamic dress code.

The court ruled Afif's sacking was "invalid" because the crèche was a privately-owned business, rather than a public school.

While French law is clear that religious symbols – crucifixes, yarmulkes, or Islamic garments such as veils and headscarves – are not allowed in public schools, there is renewed debate about whether private companies can enforce ‘religious neutrality’ on their employees, as was attempted by the ‘Baby Loup’ crèche.

On Wednesday, Minister for Women's Rights, Najat Vallaud-Belkacem, who is also the government's spokeswoman, said ministers would consider imposing legislation to uphold the principle of secularism in private work places.

"This principle doesn't stop at the door of a crèche," she said.

‘This decision a major legal precedent’

The landmark court of appeals ruling also appears to have set a precedent in French law.

“This ruling is unheard of. It’s the first time that the Court de cassation has made a judgment on wearing the veil in a company. Therefore, it is a major decision in the context of French legal precedent and jurisprudence,” Eric Rocheblave, an employment lawyer, told weekly magazine L’Express on Tuesday.

"The decision means that now, an employer can only restrict an employee’s religious freedom if the practical functions of the job make it necessary.

However, Rocheblave added that “the court was very vague, which will make it very complicated” for business-owners to decide whether the nature of an employer's work justifies a set of rules that ban religious symbols and dress.

"Employers will have to go around making decisions about this on a job-by-job basis," he added.

Anne Fornerod, a researcher specialising in secularism at the Interuniversity Institute for Human Sciences (MISHA) in Strasbourg, told The Local that ‘faith-based organizations’ constituted a grey area.

“Consider someone working at a Catholic newspaper, or a cashier at a halal restaurant. There, the employer requires a kind of ‘adhesion’ to certain principles from its staff.

“If an employee refused to comply with internal rules, they could face dismissal if they were judged to have caused disruption to the basic functions or purposes of the organization,” Fornerod added.