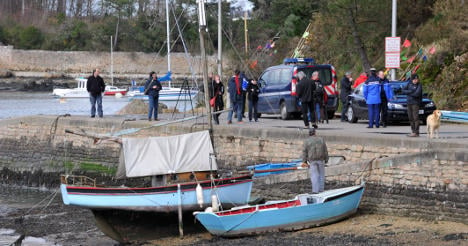 Sources told AFP that the body of Olivier Metzner was found floating early on Sunday in the Gulf of Morbihan, a natural harbour on France's western coast. A suicide letter was left at his house on the nearby Boedic island, they said.

The gendarmerie confirmed the death but declined to provide any details.

Coming from a modest background, Metzner, 63, quickly scaled the career ladder and came to represent some of the most famous names in France.

His celebrity clients included rogue trader Jerome Kerviel, who caused his employer Societe Generale billions of euros in losses, and Noir Desir singer Bertrand Cantat, who was convicted of killing his actress girlfriend Marie Trintignant in Vilnius in 2003.

In 2010, he defended Panama's Noriega, who was eventually found guilty of money laundering and was sentenced to seven years in prison in France. Noriega, who was later extradited to Panama for further crimes, said in a note sent by his eldest daughter that he was "surprised" and "deeply hurt" to learn of the death.

He also staunchly rejected suggestions of suicide, saying the act was "incompatible with (Metzner's) personality."

Noriega, a one-time CIA informant who was overthrown in a US invasion, is currently serving three consecutive 20-year sentences in Panama for the disappearance of opponents during his years in power, from 1983 to 1989.

Metzner's sudden death also shocked the legal world. "I had strong intellectual admiration for him, but that didn't stop me from thinking – wrongly it seems – that he could perhaps lack some heart and sensitivity," his colleague Georges Kiejman said.

In 2010, Metzner bought Boedic island, describing it as "a magnificent and remarkable place."