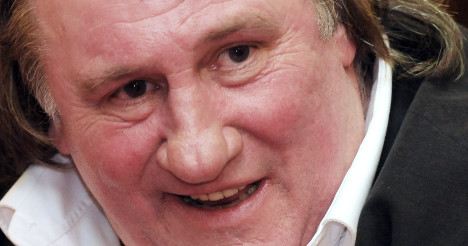 Calling France a "sad" place led by an uninspired government where people are "fed up", actor Gerard Depardieu dealt his former country a healthy dose of criticism Saturday, but denied he left for tax reasons.

In an interview with local Belgian television channel Notele filmed on Saturday and to be uploaded onto the site www.notele.be, the 63-year-old star of "Cyrano de Bergerac" and "Green Card" observed that the problem with France is "especially the lack of energy".

"France is sad and I think the French are fed up. The lack of conviction… It seems that the government doesn't know how to do its job."

About French President Francois Hollande, he said: "It's his first time, he never held a ministerial post. He just had the Correze, which is in deficit," referring to the rural central region where Hollande made his early political career.

Depardieu sparked bemused annoyment from the French and ire from politicians when he accepted President Vladimir Putin's offer of Russian citizenship and a new passport late last year in a move that was widely perceived to be a refusal to pay taxes.

The film star was already a tax exile in Belgium, having joined some of France's wealthiest business figures who decamped across the border earlier in 2012 following moves by Hollande's Socialist government to tax annual incomes above one million euros ($1.3 million) at 75 percent.

Sporting a two-headed eagle brooch — a symbol of Russia — and framed by a large ham drying in the background, a relaxed Depardieu spoke from the Belgian village of Nechin, near the French border, where he has set up home.

"It was not quite true," he commented that he left France over a tax row, adding that he already paid "50 percent" tax in Belgium. He was not in Belgium "to make money", he said.

Not only is Nechin only 200 kilometres (125 miles) from Paris's Charles de Gaulle airport, he explained, but having friends in the village and the high quality of the local meat were also factors that tempted him away from France, he said.

But he nonetheless judged Hollande's fiscal policy to be "a bit over the top".

French Prime Minister Jean-Marc Ayrault and Culture Minister Aurelie Filippetti, both of whom were highly critical of Depardieu's flight abroad, also received a verbal swipe from the actor.

"You can't criticise someone who pays 87 percent tax," he said.

Depardieu has said that he paid 85 percent tax on his revenues in 2012 and that over 45 years of working and running businesses in France he had paid €145 million ($190 million) to state coffers.

In the interview he also revealed his plans to buy a restaurant near Nechin and, on the film side of things, said he had projects in both the United States and, of course, Russia.