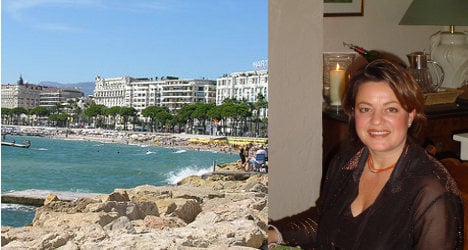 One of the positive aspects of an invasion of ex-pats to a region is that it creates jobs for other ex-pats. Francine Hudig, 50, a mother two from Holland makes a living running a consultancy company in Valbonne, near Cannes advising the thousands of foreigners living along the French Riviera about all things property related as well as how to negotiate the quagmire of French administration. She runs Riviera Expat Consultants with her husband Philippe Texier.

What brought you to the south of France?

I came to France over 30 years ago to study. I took courses in tourism at university in both Paris and Monaco. I started working here in the tourism trade before entering the restaurant sector. I ended up owning restaurants in Port Grimaud and Cannes, but I gave up all that when I had children.

And how did you end up as a property consultant?

Well, I always liked to help people out when they arrived in France and people were always asking me if I knew a painter or a plumber etc. I thought it was a good idea to start a property maintenance business as there were so many people who had homes around here that are closed during the winter. One of the other reasons I started this was because there were so many people getting ripped off around here. They were being charged way over the odds for things just because they were foreigners. I thought it was ridiculous.

Was it difficult to set the business up?

It was not too difficult. I had already been living here for a while and my husband had a master’s in business law. It all had to be official, obviously because we needed to employ people to help clean the houses etc. A friend, who had been in the insurance business here for over thirty years helped me build up clients. It was slow at first and I depended a lot on word of mouth.  Some things are more difficult than others. For example anything to do with the bank can be complicated, you always need to make sure everything is in order.

What advice would you give someone hoping to set up their own company in France?

When you start out you need to calculate how much money you are going to need to make a living and whether you can live off it. It’s one thing if the business works but you need to make sure you will have enough income. If you know what you are doing and you work hard it won’t be a problem. It also depends what kind of company you want to set up. There is also the Auto Entrepreneur (self-employed status) that can be much less expensive way of setting up your own company.

What else should people think about if they want to work on the Riviera?

There are a lot of jobs for foreigners around here because you need people who speak both English and French. Basically the more languages you have the easier it will be to find a job, because it’s not just British who live around here, there are Scandinavians, Dutch, Russians and many more nationalities.

What do you advise people about living in the south of France?

People moving here need to integrate and not just stay among their Dutch or British communities. They need to get to know the French people living around here. It can be difficult. I get a lot of couples who come here with kids because the husband has a job in big business. The wife often stays at home and takes care of the kids but after six months she wants to go home. Meeting French people would make it easier and help you get into the lifestyle.

Have you been affected by the financial crisis?

Today it is quite difficult for everyone, we are all struggling. we are managing to keep our clients but it’s difficult as we are paying out and paying out. We moved into real estate two years ago as an alternative line of business because the property market was still strong. People are definitely spending less money, particularly in areas like the restaurant sector. Thankfully the tourism industry is still strong as people want to go on holiday but these are difficult times.

What is the best thing about living and working on the Riviera?

Well it’s a great standard of living and it’s nice to be beside the water. In the middle of winter I can sit outside in the sun and have lunch. People say it’s more expensive than elsewhere in France but that’s not true. It’s hard to find anything negative to say about it. In ten minutes you can be in the sea and in 45 minutes you can be skiing in the mountains. My husband actually went skiing and sailing in the same day.

There are a lot of jobs for foreigner around here because you need people who speak English and French. Basically the more languages you have the easier it will be to find a job, because it’s not just British who live around here, there are Scandinavians, Dutch, Russians and many more nationalities.