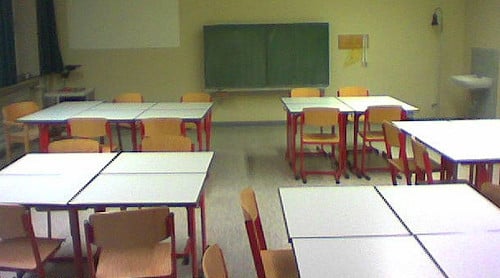 The 59 articles that make up the education reforms will be discussed in the National Assembly over the next week. Many of them, including a promise to create 60,000 posts in schools were part of President François Hollande’s election manifesto.

Education Minister Vincent Peillon has called for a "great public debate" on the reforms, some of which have already provoked anger from teaching unions.

His planned changes to the school week have been met with widespread opposition among teachers, although many in the profession are positive about the overall reform to education.

“We believe these reforms will help rehabilitate the teaching profession, which suffered under the last government,” Sebastian Sihr, head of the SNUipp union, told The Local.

“The reforms will re-emphasize the priority of primary education as well as improve the training of teachers."

“The challenge is to make sure these reforms are implemented on a daily basis and become a reality rather than just a law.”

"The shortest school year but the longest school day in Europe"

One of the more controversial reforms is the government’s intention to extend the primary school week from four to four and half days, which will be mentioned as an annexe to the proposed reforms before parliament this week, and discussed in full by parliament later this month.

Peillon's plan to make it obligatory for children to attend school for a half day on Wednesday mornings from September 2013 prompted teachers to stage a mass walk-out in January.

“For us, the problem is not the principle of the reform – it is the time scale,” Sihr told The Local. “We are concerned about how it will be financed and 2013 is too soon for extra teachers to be recruited.”

Unions have announced  that a further strike will take place on March 28, when the reform of the school week or the 'rythmes scolaires' will go before the National Assembly.

As part of the changes to the school week, the government is proposing that the daily timetable become shorter. Hollande complained earlier this year that France's has "the shortest school year but the longest school day in Europe"

As well as being able to go home earlier there is more potential good news for primary school children, with the government planning to scrap homework.

Hollande’s argument for banning homework is that poorer children are statistically less likely to get help at home, and so are immediately at a disadvantage.

Another reform proposed by the government is to make it obligatory for all primary school starters to learn a foreign language from 2015 onwards.

The proposals will also reinforce the plan to create 60,000 new posts in the teaching profession, which was one of Hollande’s flagship election promises.

up from primary school to secondary school or college as it is called in France.

Another key reform surrounds the training of teachers. Currently anyone with a master’s degree can be put directly in front of students, which is seen as a cost saving measure.

But Peillon wants to restore internships for teachers in school as well as create dedicated teaching training centres, which will be linked to universities.

This reform has been backed by Sihr.

“Just because someone has a master’s degree it does not mean they can teach,” the union leader said.

As part of the reforms, Peillon also wants to decrease the number of times pupils repeat years in France, which costs the government around €10,000 per pupil, per year.