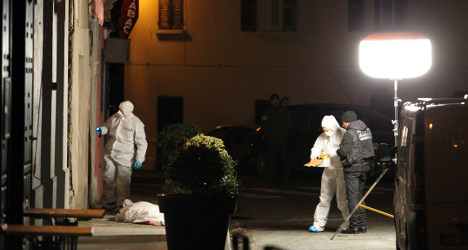 In the latest apparent gangland murder on the island, gunman or gunmen burst into a bar in the middle of the village of Venaco, in the centre of the Island and shot dead 37-year-old Jerome Salvadori,

Salvadori, who was shot in the back and stomach, was known to the police, French media report.

"SOME PEOPLE WANT TO KILL ME, I AM NOT SCARED" – INTERVIEW WITH CORSICA'S TOP POLITICIAN

Detectives recovered a car and a torched scooter 150 metres away from the crime scene. Police are certain the killer/s used one of the vehicles, before fleeing the scene.

The murder comes amid high tensions on the Mediterranean island with last year’s deadly violence, which saw 19 murders and 16 attempted killings, continuing into 2013.

Among the five people gunned down so far this year in Europe's "Murder capital" was nightclub boss Dominique Laorenzi, who was shot dead while driving in the Corsican capital Ajaccio on February 14.

Two weeks later a farm worker was shot dead outside his home in the north of the island and earlier this month 38-year-old Anthony Gaillot, well known in Corsica’s criminal underworld, was shot on the terrace of a bar in the coastal town of Sainte-Lucie de Porte Veccio, in the south of the island.

In all over 100 people have been killed since 2008 on an island known for its outstanding beauty and an ever-popular tourist destination.

In June the island will become the focus of the sporting world when it hosts the Grand Depart of the 2013 Tour de France.

Thousands of cycling fans are expected to descend on Corsica, as well as hundreds of journalists as it hosts the first three stages of the Tour’s 100th edition.

Speaking to the Local at the official launch of the Tour De France last year, Paul Giacobbi, head of the Island’s executive council believed the recent crime wave would not affect the race.

He also called on the government to take strong action to the help tackle the island’s notorious criminal underworld.